A Journey Beyond is a long level 100 quest. This quest introduces the player to The Silent Expanse.

The player joins Aledar, Elphaba and Lucio on a quest to reach the end of the Silent Expanse. However, as they travel through the expanse, many problems arise. 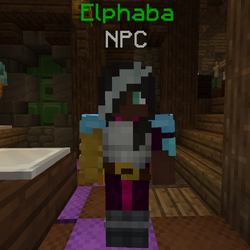 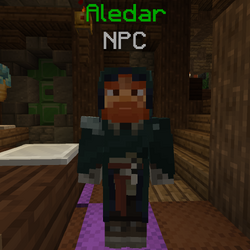 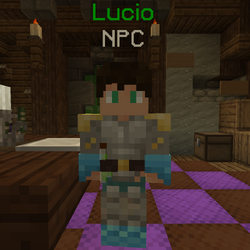 » Plan a way of killing the beast.

» Get the Shard with Aledar.

» Chase the beast for the Shard.

» Go back to the Blacksmith with the Darkness Item.

» Re-open the closed entrance with the other warriors.

» Find Aledar, Lucio and Elphaba in the Fallen City.

The player is confronted with a pit of tar that blocks any form of travel. They must grab a pickaxe at the crossroads right before the pit and head above to knock down rocks. The player has to create 7 platforms across the pit to parkour across. Note that each pickaxe has 7 uses and then must be thrown out. If the player uses a new pickaxe with all 7 uses then any rocks previously knocked down will be removed. 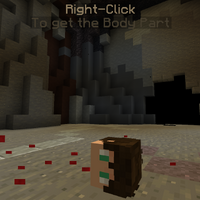 » Find Aledar and Elphaba in the Fallen City.

The player must follow an Irtitack that teleports around the path, leading the player into a cathedral-like room. There are red carpets leading down a hole which lead to a room where the player can obtain a Sound Wave Emitter. The player can then right-click with the emitter in their hand to cause certain portals to make sounds. Follow the sounds to determine which portal to enter and reach the top of this cave. Then the player will enter a room with a Mutated Irtitack. Killing the Irtitack reveals Elphaba's dismembered body.

» Find Aledar in the Fallen City.

The player must stand where Aledar did previously to be eaten by the giant worm. The player will be teleported inside its stomach where lava will continuously rise and fall on a timer preceded by an audio queue. The player must hop from island to island until they reach Aledar. Once the player has reached Aledar the lava will stop. They must back-track a short distance to pick up his healing potion before jumping out of the worm. 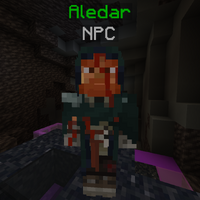 For this stage, the player must guide Aledar along a path that crosses through the Eyeball Forest while defending him from mobs. Aledar has 20 hearts and each hit will cause him to take 1 heart of damage. There will be 5 waves of monsters with Aledar stopping the cart at each wave. Each wave will consist of one "large" monster type that targets the player and one "small" monster type which targets Aledar. On the 5th wave there are small monsters and Sclera with no other monsters spawning. Once the player has killed Sclera, they can proceed into Lutho. Note that if either the player or Aledar dies during this stage then the player will be teleported to the beginning of the path. Also note that the monsters deal very high amounts of damage very frequently. It is recommended to have a sustainable healing source for the duration of this stage. 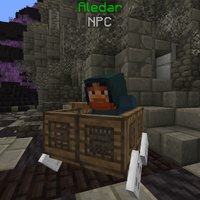