Aldorei Town is the inner sanctum of the Aldorei Elves, access to it only being given to those who have proven themselves worthy to Elrund in Aldorei's Secret Part I. It is located in two small valleys adjoining the much larger Aldorei Valley, and is significantly smaller than its grand neighbor. Much of the land on the edges of the town is covered with farmland, and ponds and streams flow throughout the area. Several small Elven houses make up Aldorei Town, including Legolus' and Soway's. Level 75 Aldorei Elves spawn in the town, like in the valley, along with Aldorei Horses and Grooks. 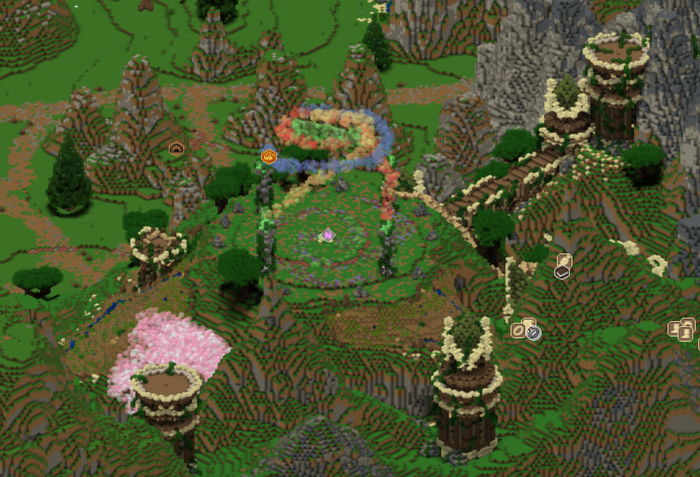