Aldorei Valley is the capital of the Elves, and the largest Elvish settlement in Gavel. It houses no merchants, due to the Elves' belief in the corrupting nature of greed and emeralds, and is mainly useful for players completing the Aldorei's Secret Part I quest. Several NPC Elves live throughout the valley, providing clues and information used in the quest. Once the quest is complete, access is granted to Aldorei Town, the neighboring inner sanctum of the Aldorei Elves, which houses a useful grind spot.

The valley consists mostly of two large buildings on the southern cliffs, where most content is focused, including a bar, library and dining hall. Several houses of various sizes can also be found on the cliffs and by the riverbanks, and level 75 Aldorei Elves are scattered throughout the area. Many winding caves make their way through the walls of Aldorei Valley, creating paths connecting the entire valley.

Aldorei Valley has existed for many centuries, as the main living space of the Elves. Ever since the Light taught them morals and how to be selfless, they became a society free of greed bent on worshipping the Light.[1] The city has been guided by the High Elves for as long as can be remembered, and they punish those who break Aldorei's most important laws very harshly: the Elves that inhabit Efilim today were banished from Aldorei for breaking these laws.[2]

The Elves of Aldorei were tolerant of the neighboring Villagers' greed and desire for money, as they were allied. However, when the Parasite entered Gavel and started the Decay, the Elves soon became more paranoid, thinking that the Villagers' greed was hurting the Light and facilitating the Decay's spread,[1] something which however isn't true.[3] Even so, the Elves soon isolated themselves from the rest of the province and forced any outsider who wanted to enter the inner Town through a harsh test of selflessness.[4]

Lari and most likely Dullahan too are from Aldorei and have been chosen by Orphion, the embodiment of Light, to eradicate the Parasite and restore the Light in the Decay-infected areas. However, they failed to kill the Parasite every time they faced off against it due to Lari's morals holding them back,[5] something which the Elders of Aldorei do not approve of, due to the circumstance of having to help the Light no matter the cost.[6] 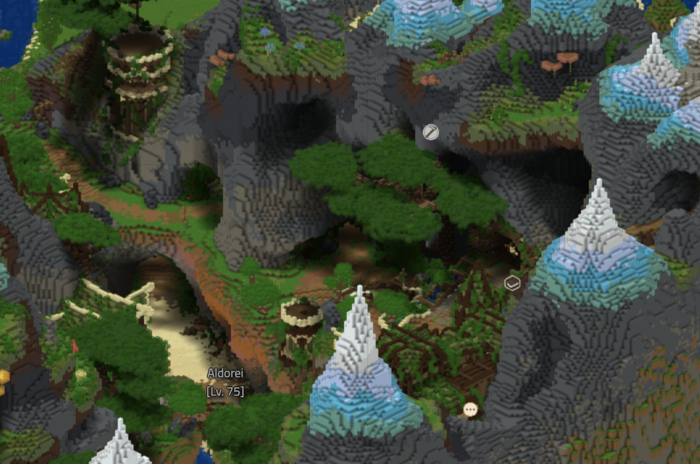 NOTE: These Elves, barring Elrund and the Guards, also all appear in the Embassy lair beneath Kaeli's house.