Arachnids' Ascent is a medium level 14 quest centered around getting into the Infested Pit Dungeon near Mt. Wynn.

Private Cob has been tasked by Captain Enduyn with getting a bucket of lava to break into the Infested Pit dungeon, however, he requires the player's help to get the bucket. 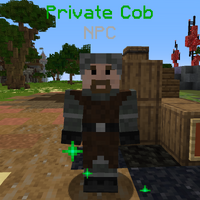 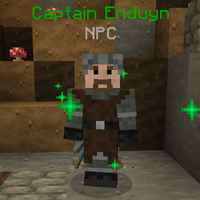 As you progress through the cave, you will have to avoid Spiderlings and Lava Bombs, and use a pressure plate to jump across a large gap at one point.

Then, you have to complete a parkour, as the platforms slowly sink into the lava, so you must be quick. At the end, you can enter the lava collection room.

Enduyn will use the lava on the webs, creating a hole and an entrance to the dungeon.