The Assassin is one of the five playable classes in Wynncraft and uses Daggers as its weapon. It has spells almost exclusive to damage and the unique ability to become invisible in order to escape or attack its enemies easily. The Assassin has a base defense of 100%, which makes it the second most durable class, before the Warrior. The Assassin excels in damage, crowd control, and personal escape, but has a severe lack of range and no health/damage resistance buffs.

For in-depth information on playstyle, tips, and tricks, see the Assassin Guide.

The Assassin's first spell, Spin Attack, is an ability that deals moderate damage to all enemies in a small range which rotates around the player. At higher levels, it gains the ability to stun and blind enemies, while also removing negative effects, giving the Assassin a powerful tool useful for both offense and defense.

The Assassin's second spell, Vanish, is both a escape tool and a form of mobility. The Assassin launches forward while also becoming invisible, allowing mobs to stop targeting and attacking the player for a short period of time. Vanish also gains the ability to give the player a short but significant damage boost when they exit invisibility, allowing for some very powerful combos.

The Assassin's third spell is Multihit, which deals heavy damage and knockback to all enemies in a short area in front of the Assassin as well as trapping them for a short time while they are being hit. At later levels, this can be upgraded to deal extra damage and knockback, and also a control on where the enemy is knocked to.

Finally, the Assassin's fourth spell is Smoke Bomb, a spell that launches a projectile that creates a damaging area where it lands. It is the Assassin's only decent-ranged ability, and can be upgraded to greatly slow mobs and cover a much larger area.

All classes in Wynncraft have a different base resistance value that affects how much damage they take. The Assassin, having a base resistance of 100%, means it will take neither more or less damage from attacks.

The Assassin has the second-highest class base resistance in the game as it is a close-ranged class but is also able to rely on Vanish to provide a way to escape damage.

The Assassin's main attack is relatively simple, hitting all enemies within a small area in front of the player. Like other classes' main attacks, it can hit multiple mobs at a time. The Assassin's attack also deals a fair amount of knockback inversely scaling with the dagger's attack speed. Slower weapons will send mobs further back, while faster weapons won't move the mob as much.

Like all other classes, the Assassin has access to some Major IDs, such as Roving Assassin and Cherry Bombs, that changes the way some of its spells work. 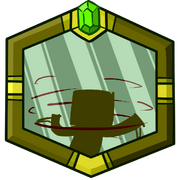 The Assassin's first spell, unlocked immediately at level 1, is Spin Attack. This simple spell deals damage to all mobs within a 5 block radius, centered on themself, and helps in the Assassin's crowd control arsenal.

Despite its animation, Spin Attack damages all nearby mobs at the instant it is cast, and does not actually sweep around the player to deal damage.

Spin Attack Grade II adds a vital feature to Spin Attack, allowing the player to stun the enemies they hit for 1 second. Specifically, mobs hit are both stunned for 1 second and frozen for 2 seconds. This is a powerful crowd control effect allows you to stop mobs right in their tracks. You can stun an enemy right after they recover from being stunned, allowing you to keep them helpless for a prolonged period of time, as long as you keep stunning them.

Spin Attack Grade III adds the effect of stealing positive effects like strength or resistance from the enemies you hit, while removing negative effects like slowness or weakness from the player. The former ability is more useful against players than mobs, since mobs cannot give themselves positive status effects. 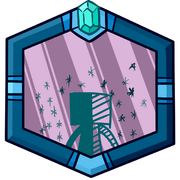 The Assassin's second spell, unlocked at level 11, is Vanish. This spell lets the player make a short leap in the direction they're facing and makes them invisible to mobs and players for 5 seconds. You can end Vanish's invisibility early by attacking or swapping off your weapon. Staying invisible also drains 1 mana per second until you end invisibility. Taking damage also ends invisibility early, and entering invisibility immediately causes mobs to lose sight of you.

Vanish's leap only triggers every 2 seconds, so you can't repeatedly cast it to fly in the air. Casting it when the leap is on cooldown will only send you horizontally in the direction you're facing. Its invisibility mechanics are unchanged whether you cast it with a leap or not.

At level 26, Vanish Grade II grants the spell an enormous use in battle in that it grants the player a +80% damage boost when they exit stealth, allowing them to deal a high amount of damage in the short time span after they attack. It also grants a small amount of resistance, making the player more resilient if they are knocked out of invisibility.

Vanish Grade III makes it so the player gains Speed V while they are invisible. This results in a +100% speed boost, on top of the player's ID. 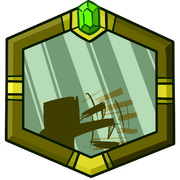 The Assassin's third spell, unlocked at level 21, is Multihit. This spell hits all enemies in a small and short area in front of the player. Those that are caught take a large number of hits in rapid succession and are held in place while they are damaged.

Multihit deals 270% damage in total accounting for all the hits. Enemies cannot move while being struck by Multihit, and each hit slightly knocks them upwards.

Multihit Grade II adds an additional strike at the end, increasing its total damage to 390% and greatly increasing the knockback of the spell, sending the mob straight upwards. If you hold the Shift key, this knockback will be negated.

Multithit Grade III adds an additional functionality that allows you to move around enemies while they are being struck by Multihit. You can also move enemies further away from you, along with moving them from side to side. 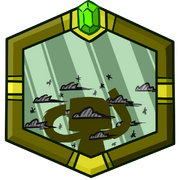 The fourth and final spell for the Assassin, unlocked at level 31, is Smoke Bomb. This spell is the only ranged attack of the Assassin, and it throws a smoke bomb that creates an area of smoke where it lands, be it on an enemy or a block. Enemies within the smoke take damage twice every second, and can be damaged up to a total of 10 times.

Smoke Bomb has a medium range and can be thrown at any angle. However, the longer it spends in the air, the shorter its duration will be after it explodes, reducing its power over longer ranges. If it explodes on a mob, the area of smoke will not follow that mob around as it moves. Smoke Bomb's damage is affected by Vanish's damage boost, even at range.

Smoke Bomb Grade II adds a heavy slowing effect that slows enemies in the smoke by 60%. It lasts until the mob exits the smoke cloud.

Smoke Bomb Grade III lets the player launch 3 smoke bombs in a small arc instead of just 1, greatly increasing the area coverage of the spell. Each bomb can explode on something individually, and enemies standing in multiple smoke clouds do not suffer additional damage.