Bremminglar is a small, agricultural town north-west of Almuj. The town doesn't attract many visitors, but is home to one of the quest NPC's encountered in Bob's Lost Soul, and another in Lava Springs. Level 15 and level 17 Wild Ocelots spawn in the Savanna around the town. One Loot Chest is located in the town. There are two oat fields located within the town walls where players may farm relatively safely thanks to the town guards and the lack of hostile mobs. 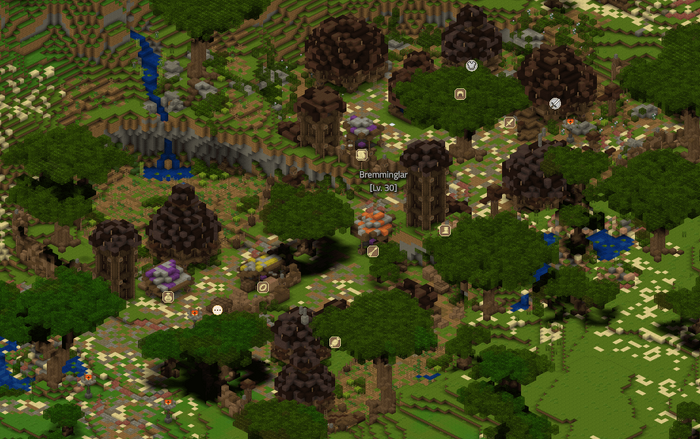 Gregor - The guard of Bremminglar's well met in Lava Springs.