This dungeon has a non-corrupted variant; see Infested Pit.

Previously a natural cavern on the outskirts of Nivla forest, it quickly became the largest infestation of arachnids the province has ever seen. Those who enter are never found again.

This is the corrupted version of the Infested Pit Dungeon. It is mechanically identical but has a "corrupted" design, mobs of a higher level and better rewards. It can be accessed by entering its portal at The Forgery. 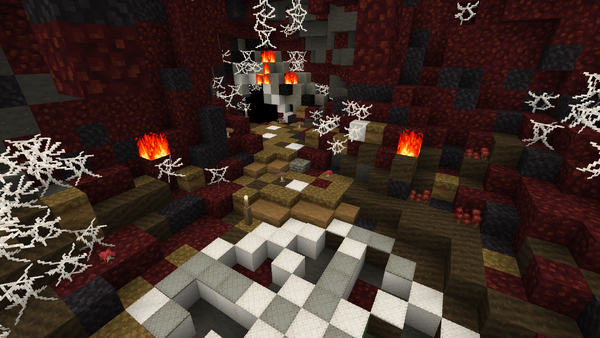 Upon entering the dungeon, you will arrive in a small room only containing a bounce pad to break your fall and a tunnel to the next room. 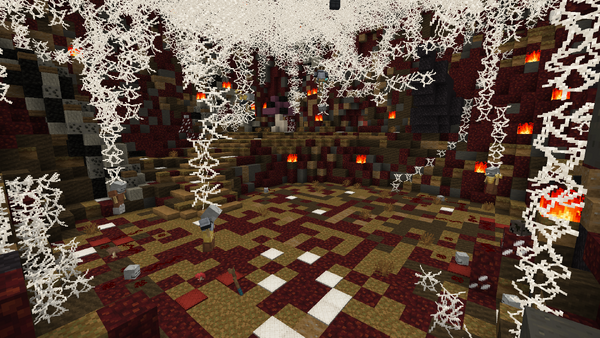 In the first room you have to collect 26 tokens by killing the mobs in the room and using them to open the door. Eerie spiderlings drop the most tokens, but creeplings and spitter spiderlings can drop some too. 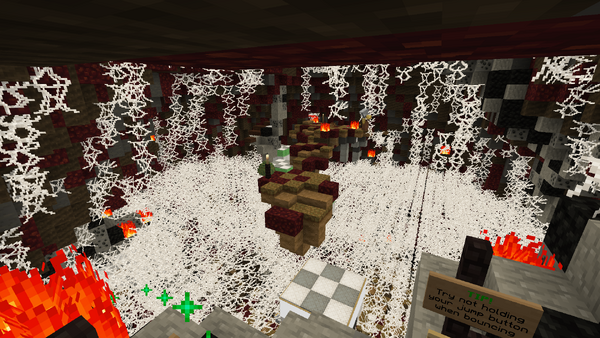 The second room consists of a parkour challenge where you use jump pads containing slime blocks to get to the next platform. After beating the parkour and walking down the hallway you will see a man hanging in the webs.
Dialogue:

The hanged man will then fall from the ceiling, rising as a miniboss, however, he does not have to be killed to proceed. The next phase can be reached by standing on the pressure plate at the end of the tunnel, which will boost you up to the next area. During the hanging man's dialogue, if you are too far away you will be trapped outside of the next section by barrier blocks when he attacks, and you will have to use /class to reset the dialogue. 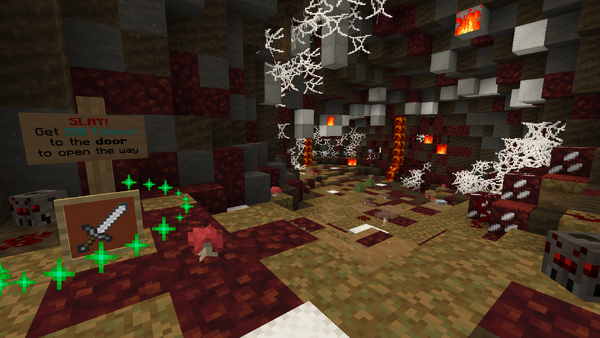 The third room is another battle phase. You have to collect 20 tokens to drop them into the hopper at the end of the path. In this phase, the hole in the wall can be closed by standing on the pressure plate next to it. 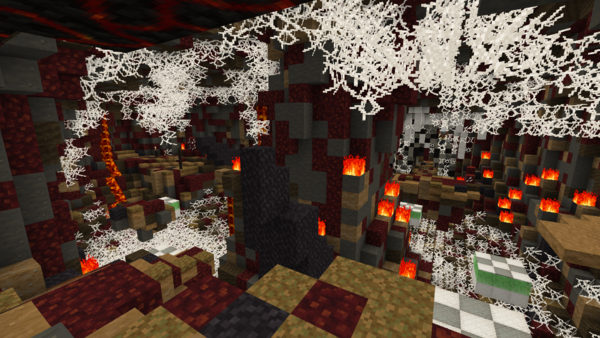 The fourth room is another parkour challenge with jump pads. After beating the parkour you walk across a bridge to get to the boss room. 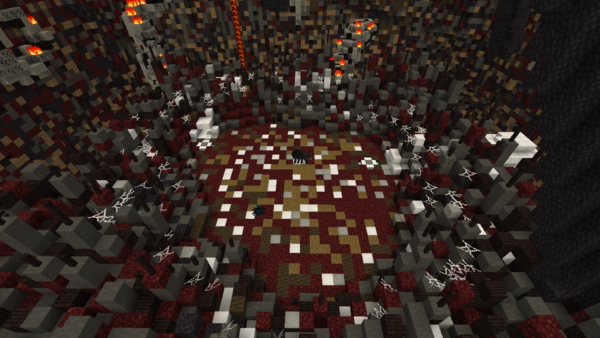 Corrupted Arakadicus is a level 85 spider which summons level 74 Arakadicus Children as her minions. She frequently uses the web spell to trap players. The holes in the walls can be closed by standing on the pressure plates near them, to stop more Arakadicus Children from entering the arena.

The Dungeon Merchant in front of the Corrupted Infested Pit sells: