This dungeon has a non-corrupted variant; see Sand-Swept Tomb.

The mysterious tomb lied buried in the sand before Humans ever arrived into the desert from Fruma. Although uncovered, the tomb contains lethal secrets.

This is the corrupted version of the Sand-Swept Tomb Dungeon. It is mechanically identical but has a "corrupted" design, mobs of a higher level and better rewards. It can be accessed by entering its portal at The Forgery.

A list of the items you can purchase with the rewards from this Dungeon can be found on the Dungeon Merchant page. 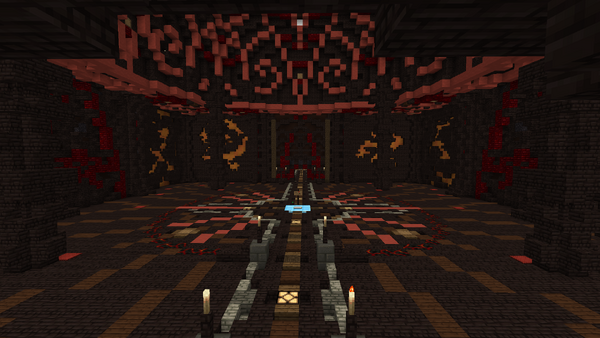 The first room consists of a fighting challenge. When you stand on the pressure plate, you will activate three waves of mobs that spawn every fifteen seconds. The final wave consists only of one miniboss, which drops a token that can be used to enter the next room. 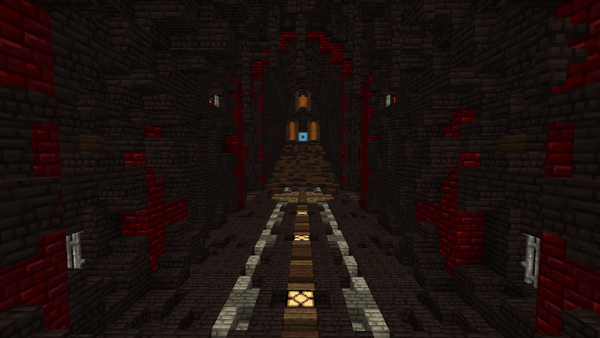 In the second room, you must run down the hallway as ranged mobs appear in the walls and shoot at you. When you press the button at the end, it will open the large wooden trapdoor near the middle of the hallway, which you must run back to. 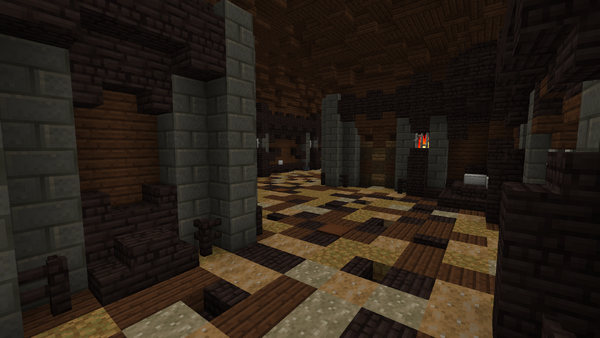 You must then jump down and run through another hallway with ranged mobs attacking you to advance to the next room. 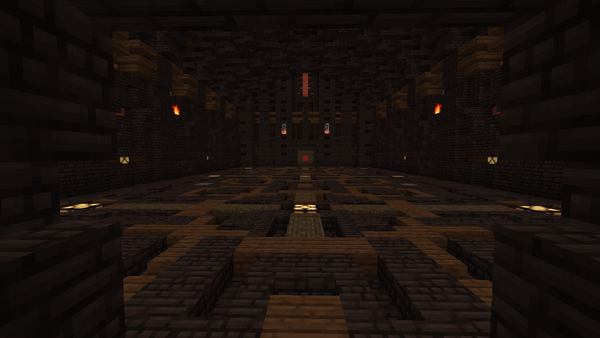 The third room is another fighting challenge. You will be teleported to a randomly selected room where you will fight one of four sets of monsters to gather tokens to advance to the next room. The selected room is randomized for each player, so you may end up fighting alone even if you are in a party.

In this room, you will have to survive three waves of mobs each containing a miniboss, spawning every 15 seconds, and collect a token from the miniboss in the third wave. It is possible to step on the pressure plate again and spawn more mobs during the third wave, so be careful.

In this room, you will have to kill 6 Dust Devils while being swarmed by Dustlings.

In this room, you will have to kill 15 slowly spawning token mobs while being attacked constantly by hidden wall traps, so you will have to either dodge the attacks or use some form of healing.

In this room, you will be swarmed by dozens of mobs falling from the ceiling very quickly, but none of them are particularly strong, so they can be killed using area of effect attacks.

The fourth room is a parkour challenge. Similarly to the third room, there are multiple possible parkours, and you will be sent to one randomly. 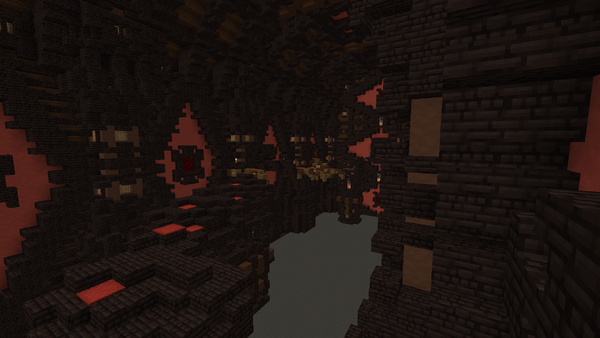 In this parkour, you have to go straight across a large chamber with mostly normal parkour across nether brick and wooden platforms, however, the wooden platforms will collapse soon after you land on them. 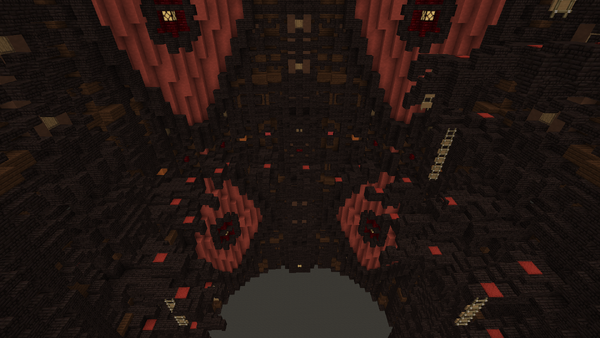 In this parkour, you simply have to parkour up to the top of the room, going around the edges, across nether brick platforms and up the occasional ladder. 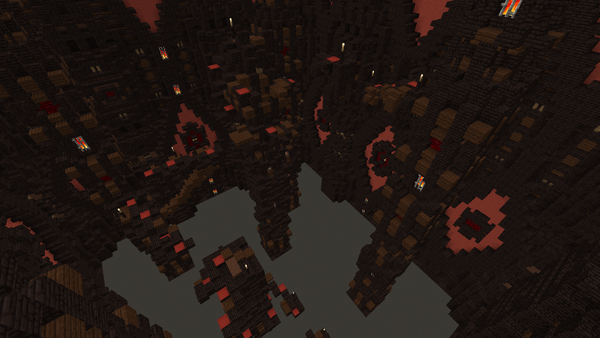 In this parkour, you simply have to parkour, from the bottom of the room, around a few of the short towers to reach an exit in the side of the room. 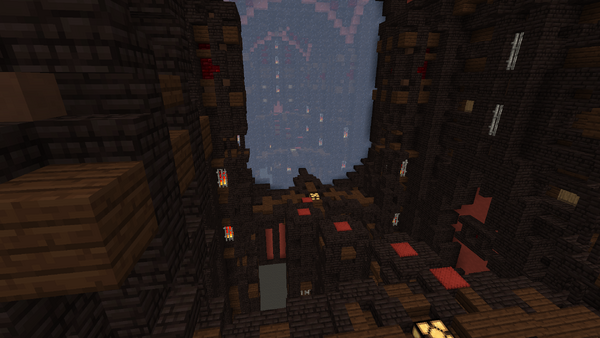 In this parkour, you have to parkour across the pillars in the room. Halfway through, you will pass through a mirror which also functions as a checkpoint, and you will have to do the same parkour as in the first half, but reversed. This parkour is noticeably longer than the other three, but is also the simplest. 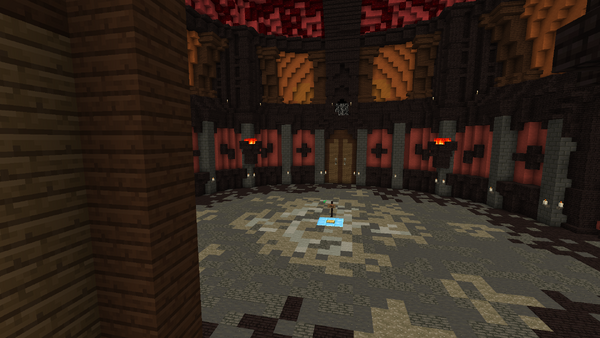 In the fifth room, after you step on the pressure plate, you have to survive a horde of constantly spawning monsters for 60 seconds until a door opens leading to the next area. 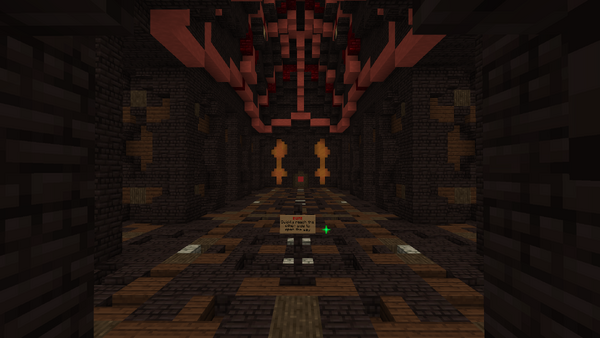 While crossing the sixth room, the ground will crumble beneath you in the middle area (found behind a "RUN" sign), but it is easy to outrun. However, it begins to fall very quickly, so it can be difficult to get large parties across quickly. If you fall, you will be teleported to a room with a large number of hostile mobs, and you have to bring three of their tokens to a door to get back to the main room and try again. Once you have made it to the end, you can enter the boss room. 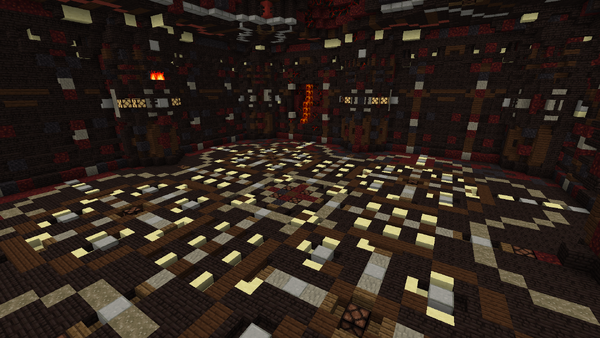 The boss of this dungeon is Corrupted Hashr, and the fight is nearly identical to the original Sand-Swept Tomb boss fight. His first phase is weaker than the other two and is fought in the upper section of the boss room. When it is defeated, the floor will break, revealing his second phase below the original room.

The Dungeon Merchant in front of the Corrupted Sand-Swept Tomb sells: