This dungeon has a non-corrupted variant; see Undergrowth Ruins.

Though Troms is known as the strongest city in Wynn, the experiments undertaken to produce living weapons was a catastrophe for the citadel. The living sludge now condemned to the undergrowth, is slowly growing to consume all. 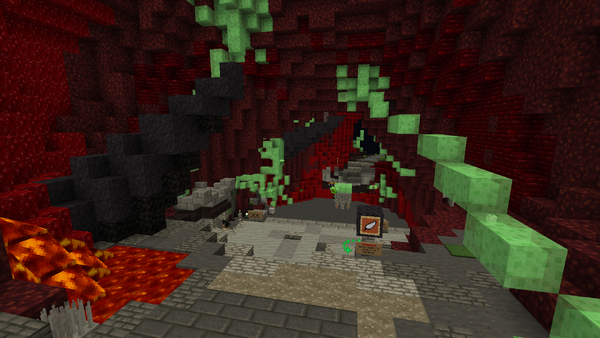 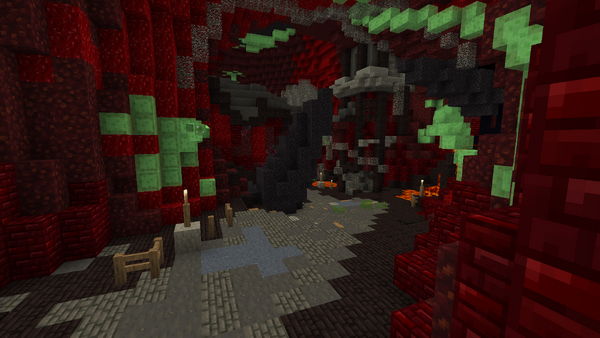 ESCORT
You must escort the keystone guardian to the door to the next room by protecting it from a swarm of hostile mobs that will spawn. 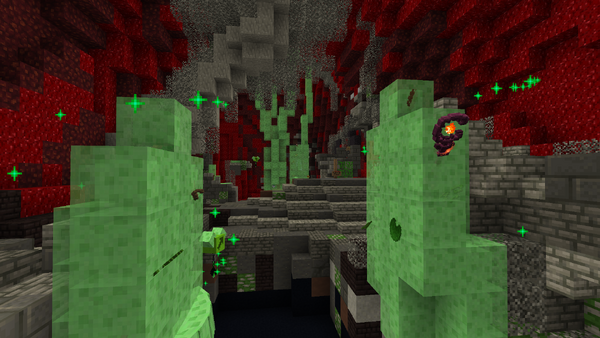 In this room you find another short but tricky slime parkour filled with boost pads, jump pads and bouncy walls. 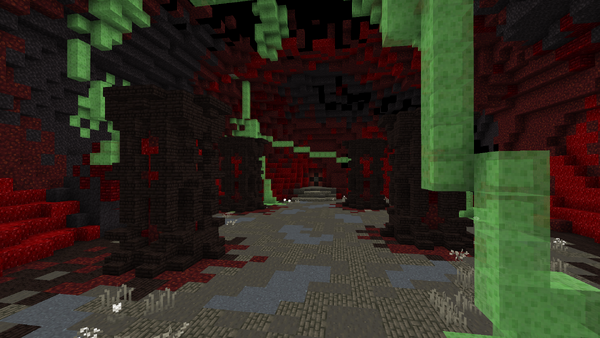 In this room, you must collect tokens by killing the slime mobs in order to break the towers, and collect four blue tokens from the broken towers to open the door. 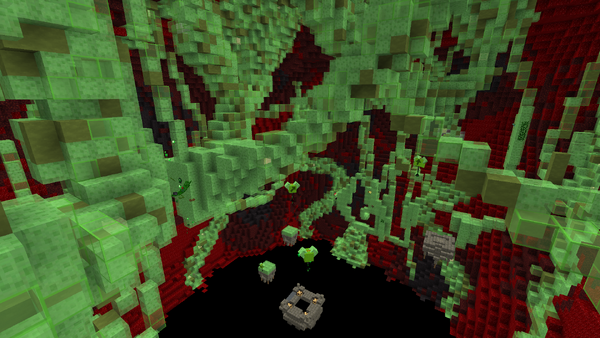 You must do another specialized slime parkour containing jump pads and boosters to reach the teleporter at the bottom. This one is significantly longer than the previous two, but has a checkpoint midway through. 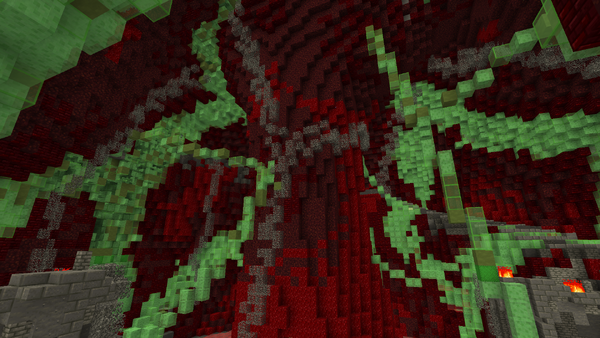 In this room, you must kill slimes until you get 24 tokens to open the door. The large slimes will split into two medium slimes, which will each split into two small slimes, which will drop one token each. Alternatively, unstable slime mobs that simply drop one token each will spawn in the bottom area. When the door opens, it reveals a short passageway straight to the boss room. If you have enough tokens at the bottom of the ramp, you can get to the top quicker with a short slime booster parkour in the central pillar. 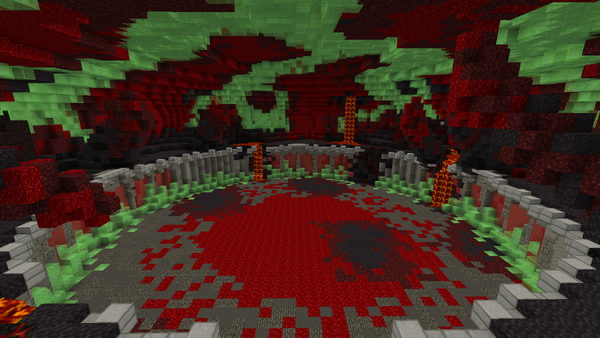 The boss fight is nearly identical to the normal Undergrowth Ruins boss fight, starting with three large slimes, each with three layers, that you have to kill. You must kill the slimes that Corrupted Slykaar is contained in, which have slightly more health than the others, but are otherwise identical. One of the other two slimes will release a large number of Takertuva slimes when killed, while the other will release a Vointi slime that follows and heals Slykaar, so it is better to only release Slykaar if possible.

Once you release Corrupted Slykaar from the slimes, he will attack you with his normal human form. He has a ranged attack and uses the teleport and vanish spells often to avoid attacks from the player.

Once you defeat his normal form, you will have to do a short slime parkour to finish Corrupted Slykaar and end the dungeon.

After Slykaar has been killed, his ashes will arise, and later perish, finishing the run.

The Dungeon Merchant in front of the Corrupted Undergrowth Ruins sells: