This dungeon has a non-corrupted variant; see Underworld Crypt.

The battle of Nemract was a historical landmark in the war against corruption, but ultimately a loss. The dead of the brave and the bold now fester in the underworld, willing others to make the journey to the other side.

This is the corrupted version of the Underworld Crypt Dungeon. It is mechanically identical but has a "corrupted" design, mobs of a higher level and better rewards. It can be accessed by entering its portal at The Forgery.

After giving a Key to the Key Collector, enter the dungeon and you will arrive in a dark cave filled with ruins and large bones, with a massive closed door directly opposite. Go through the door for the next phase. 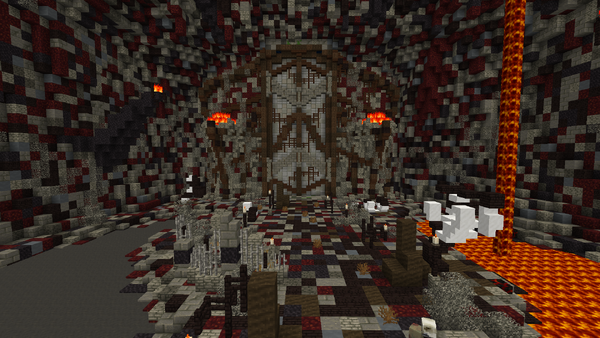 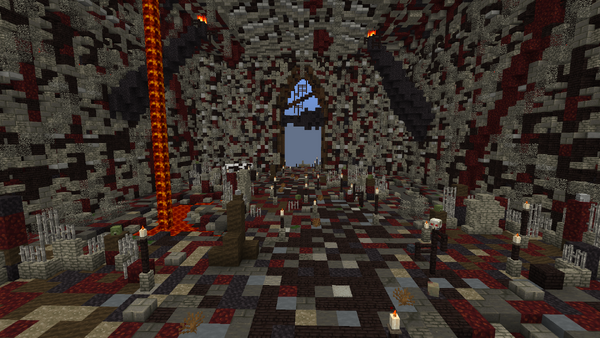 After entering through the gates, you will arrive in a similar chamber to the first one. As you pass through, forsaken legion peasants and dahbasis will emerge from the ground in a series of explosions and attack you, however you can simply ignore them if you want and head to the next section. 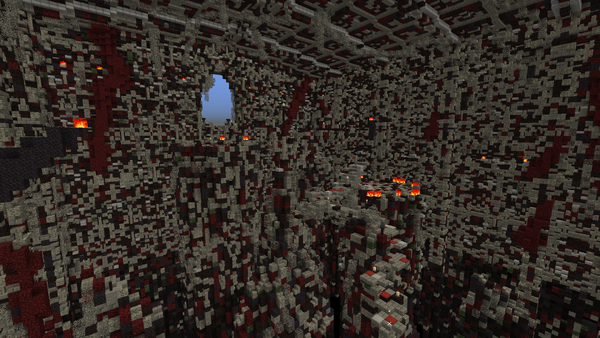 In the next stage, you will have to survive in small chambers with three different minibosses, all with incredibly high HP, and do simple parkour across the room in between each one. After surviving for an increasing amount of time for each miniboss, a bridge will appear allowing you to parkour to the next one. The first miniboss in the room is a Forsaken Legion Butcher, which you have to avoid for 20 seconds to advance to the next miniboss.

The second miniboss is the Forsaken Legion Castellan, which you have to avoid for 30 seconds to advance to the next miniboss.

The third and final miniboss is the Forsaken Legion High Priest, which you have to avoid for 40 seconds to advance to the next room. 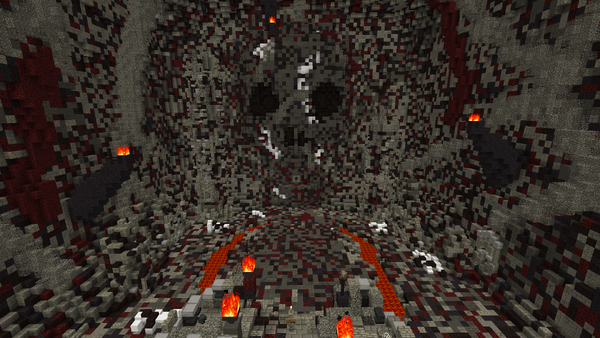 In the next room, you will have to kill a miniboss while being attacked by other mobs in order to open a skull to advance to the next room. 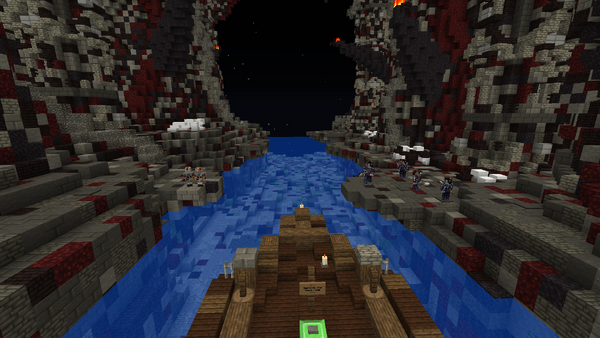 After passing through the skull's mouth, you will have to complete another survival section. When you press the button on the small wooden boat, it will move down the river, and you will have to fend off the mobs attacking you from platforms along the river as you pass them. If you fall off the boat or attempt to leave it, you will be teleported back to its center. 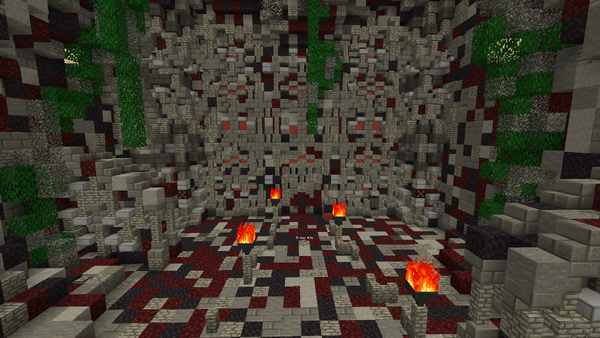 After successfully crossing the river, you will find yourself in a small room with a fortress-like wall at the end. General Graken's note is found here, which reads:

You enter the boss battle through an opening in the wall when you hit the button. 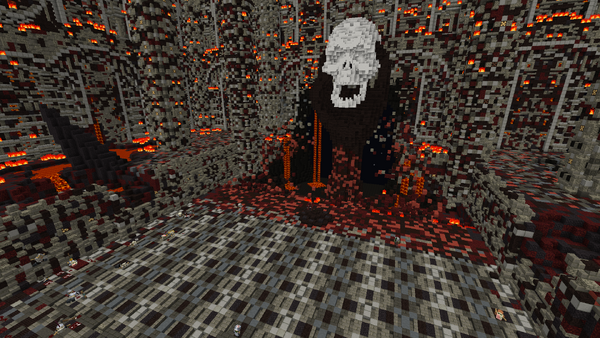 The final chamber in the dungeon is a massive, open space, as in the original boss fight. However, this time, Corrupted Charon, nearly invincible due to his high HP, will chase you along with his minions. Deceased General Graken is found laying on the floor, and you need to revive him by fetching 4 Body Parts from Corrupted Charon's minions. After you've revived him, he will fight alongside you and defeat Corrupted Charon.

The Dungeon Merchant in front of the Corrupted Underworld Crypt sells: