The Corrupted Village is a small town south of Detlas. Its inhabitants have become irritable to the point of violence due to its proximity to the Roots of Corruption and the three large corruption spikes near the village warping their minds. Despite this danger, Orikal, a scientist from Nesaak, investigates the effect of the corruption on the village's inhabitants in the quest The Corrupted Village, eventually managing to destroy the base of the largest spike and free the people of the village from the influence of the corruption. 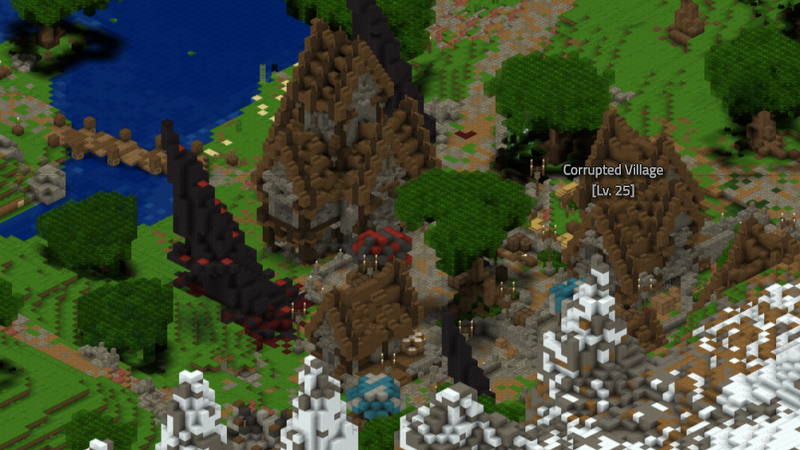 The Village consists of a few houses surrounding a small marketplace in the middle. Orikal has also set up a small tent to the west of the village.