Durum Isles is a group of four islands located south-east of Selchar connected by wooden bridges, with two stables built on the middle island. No mobs spawn on the islands, and one Loot Chest is located in one of the stables. As of the Economy Update, Durum Isles is one of the best locations for low-level Farming, since it includes clusters of nodes for Wheat (level 1), Barley (level 10), Oats (level 20), and Malt (level 30). Like most of the Wynn Province, the Durum Isles were revamped during the 1.12 Mob update. 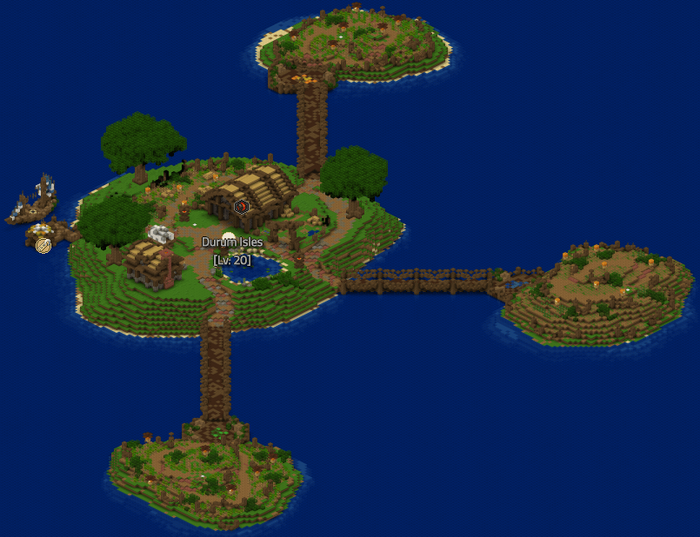