Elkurn is a small village with only a few buildings. Not many people venture into the town, apart from those who need to talk to Viraex. One loot chest is also located in the village.

Elkurn is a small village, built just next to the Roots of Corruption, the closest settlement to the Nether Portal. Despite its small size and its proximity to the Roots, it has managed to survive for centuries.

The town was once home to the scholar known as Garoth, who studied Corruption and wanted to find a cure to it, and thus set up a camp near the Nether Portal. However, when he was analyzing the portal up close, he was pushed into it by a strange, shadowy being, and came out corrupted and insane.[1] He then retreated into the Lost Sanctuary, near Elkurn, where he experiments on beings and drives entire species extinct just for amusement.[2]

Recently, the mage Dr. Picard has settled into a tower just next to the village, the Tower of Amnesia, where he conducts research on how to restore the memories of the soldiers who have arrived from Fruma, who've all had their memories mysteriously wiped when they arrived in Wynn.[3] 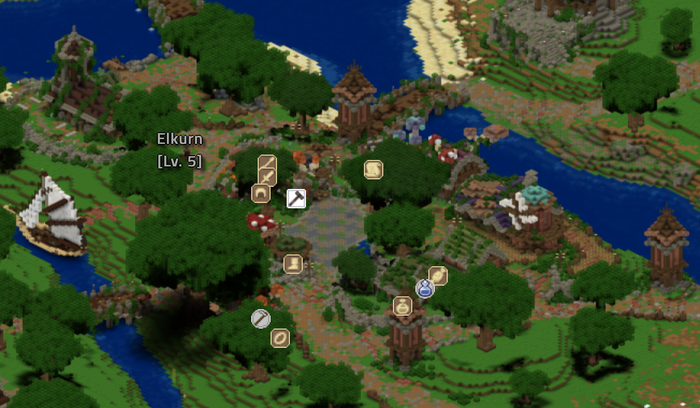