Enzan's Brother is a short level 1 quest. It rewards the player with a ring and a small amount of experience.

This quest serves as an introduction to the basics of quests. Enzan, a retired knight, tasks the player with finding his brother, Therck, to obtain a useful item. Once the player finds Therck, he sends them into a nearby cave to retrieve a mushroom before finally offering them the First Steps ring. 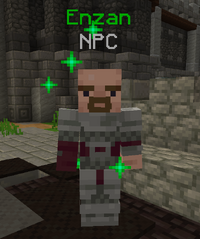 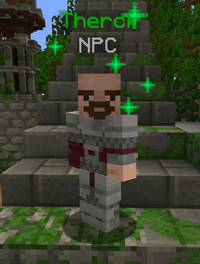 Killing the Energized Mushroom will also trigger this text: