Gelibord is a small town in the Gavel Province comparable in size to Nesaak. Unsurprisingly, the town is definitely not the most opulent, as it is located in between the decaying Dark Forest and Kander Forest. It is also not the safest; although the town is guarded by Gelibord Archers, whose arrows when firing at mobs can hit players (No damage dealt to players), various hostile creatures such as Werewolves, Kappa Dumdies and Corrupted Decrepit Sewers Key Guardians spawn dangerously close to it. It is built around a small river intersection and has a dark wooden pavement connecting parts of the town.

Although badly hit by the Decay, the town of Gelibord has survived for centuries, albeit significantly impoverished, similarly to the people of Olux and Lexdale. It has had to face numerous problems over the years, many of which are related to the wretched plague of the Decay.

In 820 AP, as the Decay was beginning to spread,[1] the people of Gelibord blamed Dullahan, an elf who'd recently been bitten by the dark Parasite, as the cause of the lands decaying. They therefore executed him by guillotine. However, his companion Lari soon found his corpse and revived him at the Lazarus Pit, a fountain with regenerative properties.[2] Bent on getting his revenge, the newly-revived Dullahan went to the Gelibord Castle, owned by a wealthy Villager, and slaughtered everyone who inhabited it, claiming it as his own and living in it to this day.[3]

Although Dullahan was later sealed in his own bedroom by Lari,[2] it did not quench his thirst for souls and power. Thus, he conspired with the Warden of the Lexdale Federal Prison to have the prison's guards arrest criminals and innocent people alike around Gelibord, and then have her extract their souls and deliver them to him to make himself more powerful.[4]

The bodies of those killed by the Warden were then discarded and thrown into the river which flows into the Lazarus Pit.[5] Many of the dead bodies from the Prison were thus brought back to life by the Pit's rejuvenating properties, and began attacking Gelibord on a regular basis. The people of the town were instructed to burn the bodies of those revived after every attack, to stop them from returning.[6]

Lately, some warlocks practicing dark magic have arisen around Gelibord, trying to use dark rituals to make themselves stronger. However, many of them are amateurs and end up injuring or killing themselves in the process.[7] 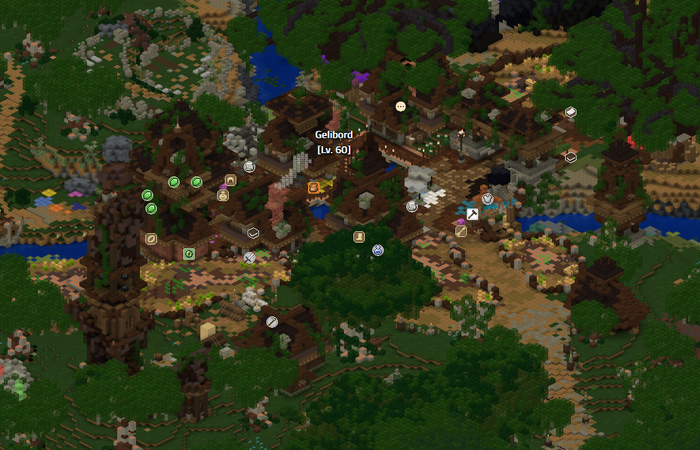