The cutscene shows the fall of the Purple and Blue Meteors, as well as how Lake Gylia came to be.

The Purple and Blue meteors come into view. 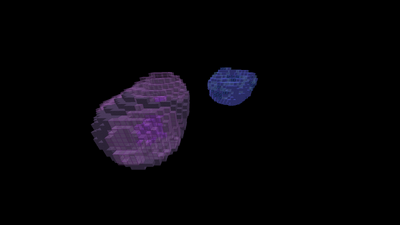 The meteors crash into the plains, creating a gigantic crater.