Half Moon Island is one of the largest islands found in the Ocean. It is located directly north of Almuj or northeast of Nemract, and is a very good looting area, since a large amount of loot chests are located on the island. It is also a good grinding spot for level 30+ players, as many mobs spawn in certain parts of the island.

Half moon Island is now being inhabited by Lunatic Devotes, the corruption has hit the island. There are many mobs on the island, so caution is advised. 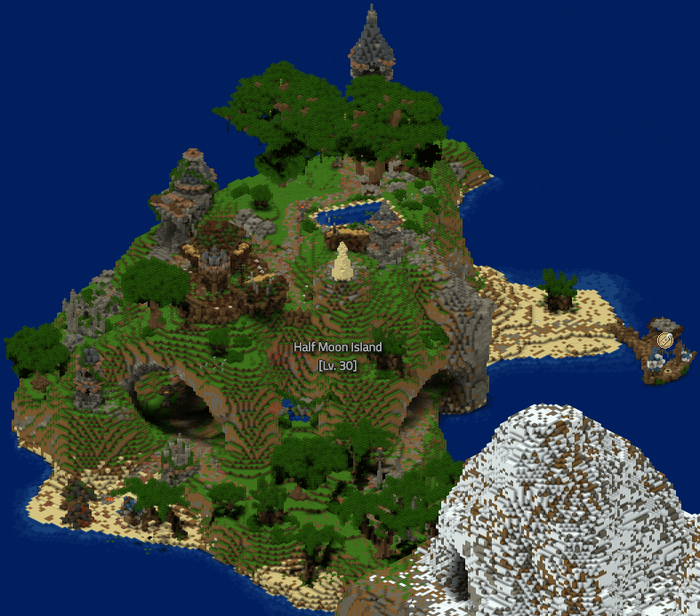