This dungeon has a corrupted variant; see Corrupted Ice Barrows.

"The land of Nesaak was not always frozen. It was adopted by the bitter Twain son, Theorick, who forged the land in his own image. Though never truly evil, Theoricks enemies lingered as souls long enough to take possession of his body upon death, and wielded his immense icy powers."

The Ice Barrows, subtitled "A black wind blows through you..." is a level 45 Dungeon located south of Nesaak in the Nesaak Forest. The boss of the dungeon is Theorick, a corrupted cryomancer, son to Marius Twain.

To gain access to the Dungeon the player has to complete the level 43 Dungeon Quest Fate of the Fallen, which is started by talking to Telvu, a mage trying to gain entry to the dungeon. 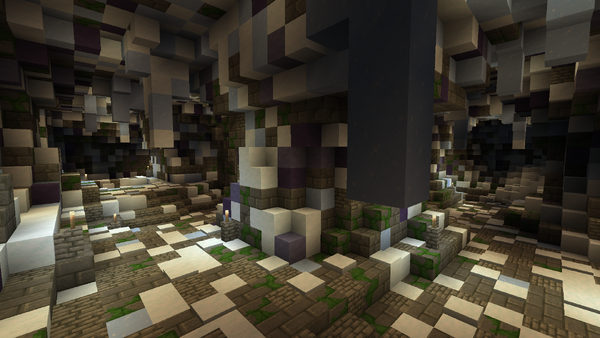 After passing the Key Collector and entering the dungeon, you will find yourself in a frozen tomb similar to the entrance. Make your way down the path towards an archway guarded by a Freezing Guard. When killed, this guard drops an Ice Barrows Token. Moving on, you will find a closed door and a hopper; you need to collect a total of 10 Ice Barrows Tokens from the large network of connecting ice caves in order to open the door. However, only Freezing Guards drop tokens. Similarly to many other mobs in the dungeon, they have a massive Earth weakness, so it is recommended to either bring an Earth-based weapon or utilize elemental spell conversions to kill them.

While moving through the tunnels, you can either kill or avoid the Icy Stares, but you should not try to kill the Illusory Specters due to their extremely high health and the biting gusts they drop. You will likely need to revisit some areas due to the low spawn rate of Freezing Guards. Once you've collected all 10 tokens, give them to the token collector near the entrance to advance. 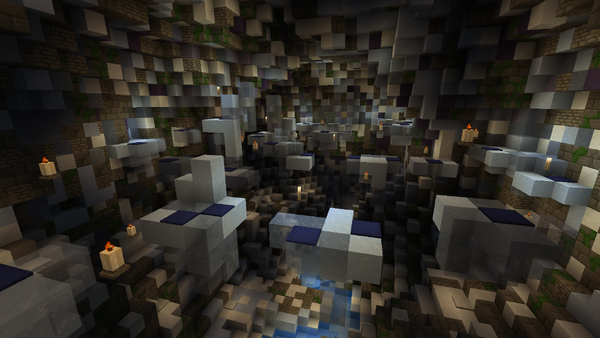 The second room is a single large ice cavern, with a deep chasm and underground river. To cross to the other side, you need to complete a parkour challenge. All of the platforms are made of slippery ice and some are very narrow, so be extra careful not to fall off; if you do, you'll be teleported back to the start of the room and have to attempt the parkour again. You cannot skip the parkour using movement spells, as you will simply be teleported to the start again as if you had fallen into the chasm. This parkour can be very difficult and may take several attempts, so it is recommended to bring healing potions in case you take damage when falling. After successfully crossing the chasm, you will find a door and a button being guarded by an immobile Frozen Soldier. He shares the Freezing Guard's vulnerability to Earth, so utilize your spells if you do not have a weapon with Earth damage to kill it, then press the button to open the door and continue. 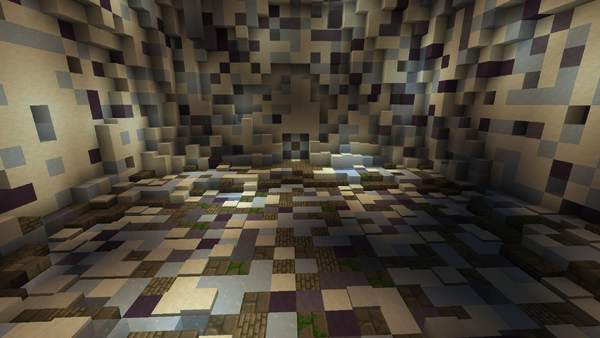 The next stage is entirely combat; you appear in a small frozen room, and a large number of level 47 Poltergiceds will begin rapidly spawning. Each one drops an Ice Barrows Token, and the goal of this room is to collect a total of 32 tokens in order to open the door. This phase can be very dangerous for unprepared players: the Poltergiceds respawn very quickly, and can deal significant damage even at high levels. In addition, the Poltergiceds that take the form of Ice Blocks will spawn a level 45 Biting Gust when killed, which will quickly self-destruct and deal additional damage. It is highly recommended to use crowd-control spells to damage as many mobs as possible in this room. Despite the seemingly high token requirement, the volume of mobs makes collecting 32 tokens quite fast. Once you have them, drop them into the hopper to proceed to the next phase. 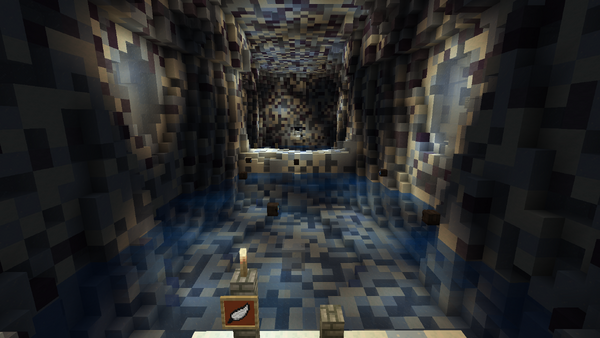 You will now face two puzzle challenges, each more difficult than the last. There are two flooded chasms blocking the way to the next room, and an invisible path must be located over each in order to progress. As you walk, if you are on the correct path, ice blocks will appear underneath you to hold you up; otherwise, you will fall into the water and have to try the challenge again. The first puzzle is relatively simple: floating eyeballs are placed at each corner to show you the direction you need to go.

After crossing this first chasm, however, you will have to cross the second. This path is both longer and more difficult, as only half of the corners are marked with eyeballs. You can either attempt to look around and turn at the points where you would be lead to the next eyeball, or you can simply slowly move across the chasm while sneaking, preventing you from falling off the edge in case of a wrong turn. Either way, once you've completed it, you can move on to the next room, which is guarded by another Frozen Soldier blocking the path, but you can simply walk around this one if you want. 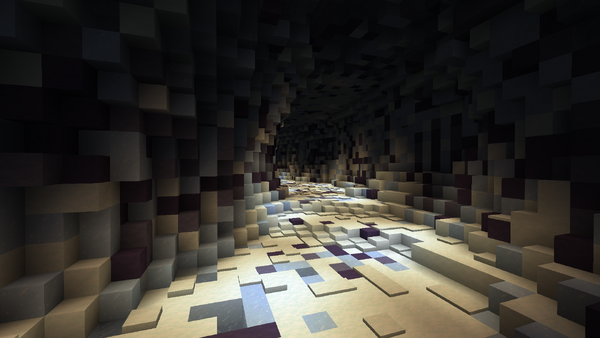 In the fifth phase, you must run through a large, winding tunnel and make it to the other end alive. While you do not need to collect any tokens along the way, the tunnel is filled with several dangerous mobs, which you will need to avoid. At three points in the tunnel, an ice wall will temporarily appear, blocking the path and forcing you to survive against the mobs in the tunnel. After a time marked on the signs that appear in front of the ice walls, it will break down again and you can continue. After passing the third ice wall, jump down the hole in the floor to continue. Using a fast enough horse or movement spells, it is possible to pass all three walls before they spawn and bypass the survival sections entirely, but getting caught in a wall will give you heavy debuffs for 20 seconds. 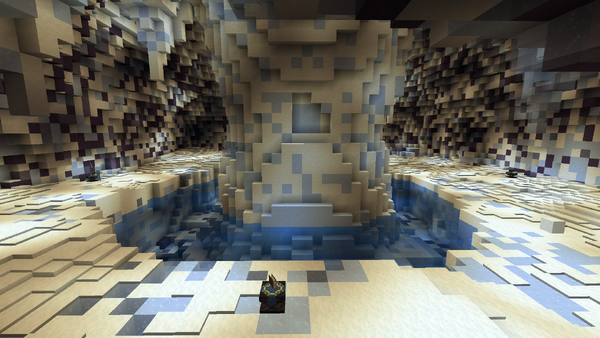 After jumping down the hole you will fall into a wide, circular room with an ice pillar and shallow lake in the center. There is one central token collector directly in front of the entrance, and three more at different points around the room. Each of the token collectors around the wall requires Ice Barrows Tokens to activate, which are dropped by various enemies throughout the room; each collector summons a miniboss that must be fought and killed.

The first miniboss is the level 49 Fanatical Ice Mage, requiring 6 tokens to fight. It attacks with several snowballs in rapid succession from a distance and can close the distance quickly with a Charge. The second is the very fast level 49 Frostbitten Wight, which requires 6 tokens. It attacks with melee strikes and a powerful Multihit but stops every few seconds. Utilize this downtime to land your hits. The final miniboss in the room is the level 54 Shade of Theorick, requiring 8 tokens to fight. The Shade attacks with snowball projectiles and can inflict Weakness, utilize a blinding Teleport, or attempt to Vanish from sight. It has a massive health pool compared to the other two, but it shares the massive Earth weakness of the Freezing Guards and Frozen Soldiers. Use an Earth-based weapon or Earth spell conversions to kill it. After all three bosses have been defeated, take the boss tokens to the central token collecter to open the passage to the boss room. 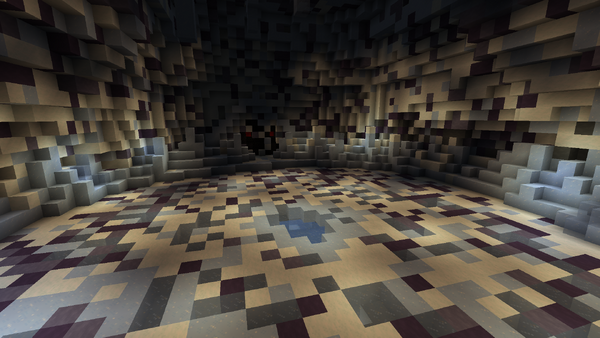 The boss of the Ice Barrows is the level 54 cryomancer, Theorick, Reanimated Son of Twain. In combat, he attacks with thrown ice blocks from a distance and teleports around the room rapidly. He also uses the Heavy Slowness spell if the player gets close, making it harder to avoid him and his minions. Theorick is aided by three Ephemeral Specters, which have extremely high health, move quickly, and can cast several spells. One will weaken you, and one can teleport, blinding any players in their path. Each specter has a unique movement pattern, so you must keep track of them during the fight. In addition to his normal attacks, Theorick may occasionally summon large spikes of ice from the ground, given away by white sparks appearing a few moments before they appear. Getting hit by the spikes will inflict heavy debuffs and deal 6% of your maximum health in damage regardless of your Defense or Agility. Evade them at all costs.

The fight with Theorick can be very dangerous if attempting the dungeon solo, even for higher-leveled players. It is recommended to bring lots of healing potions to negate the inevitable damage done by the Specters (or better, a Mage, who can also cleanse the negative status effects), and to bring the best available Fire or Earth weapon to deal extra damage. Players must juggle the tasks of damaging Theorick and dealing with the Specters who will quickly eliminate anyone who focuses solely on the boss. However you fight him, once he is killed you will be teleported to the entrance of the dungeon and given your rewards.

The Dungeon Merchant in front of the Ice Barrows sells: