Jofash Docks is a small harbor town located south of the Sky Islands. Just north of the docks and the tropical beach they reside on is an entrance into the Sky Islands, which is one of three entrances into the Gavel Province, the other two being the main gate at Llevigar Port and a peninsula leading into the Light Forest. Unlike Llevigar, however, no merchants can be found in Jofash Docks as it is not an official spawnpoint town. The entrance to Gavel from Jofash is also considerably more dangerous than that of Llevigar, as the tunnel to the Sky Islands is overrun by various Dragonling mobs.

Although it's officially a level 90 area, along with the fact it's only quest, Fantastic Voyage, is level 90 as well, the hostile mobs of the area are based around level 70, allowing for players of that level to travel to the Docks without much trouble. 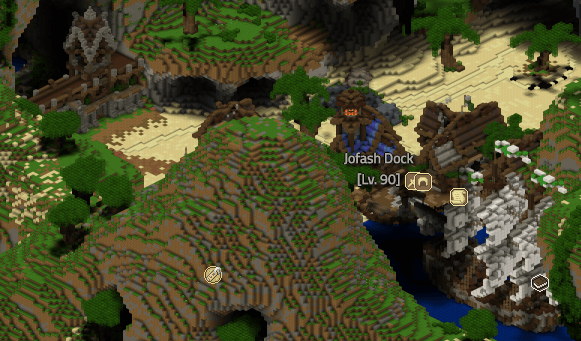