Kandon-Beda is a small level 95 town between the Canyon of the Lost and the Sky Islands located in Gavel. The town is built high above the clouds on the side of a canyon wall, and its entrances are small mining tunnels in the town. Unlike its much larger neighboring city Ahmsord, it does not have a Weapon Merchant or Armour Merchant, though the towns both have their own Bank and roughly the same level Potion Merchants. North of Kandon-Beda is the Canyon's two other cities, Thesead, and all the way on the other end of the region, Eltom. 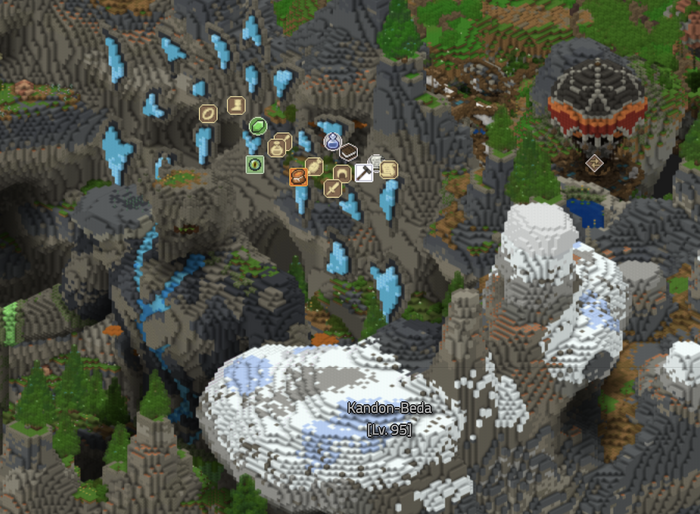