Katoa Ranch is a small cow farm located to the north of Ragni, right next to the Decrepit Sewers. It serves a major role in the Cook Assistant and Underwater quest as well as a minor role in the Temple of the Legends and Tunnel Trouble quests. The Chickens and Cows that spawn within the fort can be killed in order to get eggs, which are used in the Cook Assistant quest, as well as leather, which is used in the Temple of the Legends quest. The hill has been redecorated since, and now houses Katoa Butchers, Librarians, and Farmers. 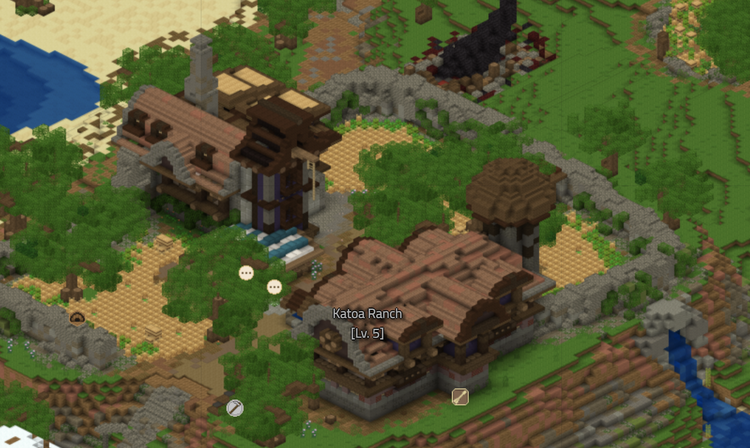