Lusuco is a small settlement near the Tower of Ascension in the Ice Canyon containing only a few buildings, many of which are covered in icicles. The main feature is the explosives shop, involved in the old Frost Bitten quest and the Lusuco's Library Secret Discovery. Near Lusuco is the Imp Demolition cave. Players who die while trying to conquer the Tower of Ascension will respawn here. Lusuco has been redecorated a few times since it's construction and now includes several amenities for a settlement. 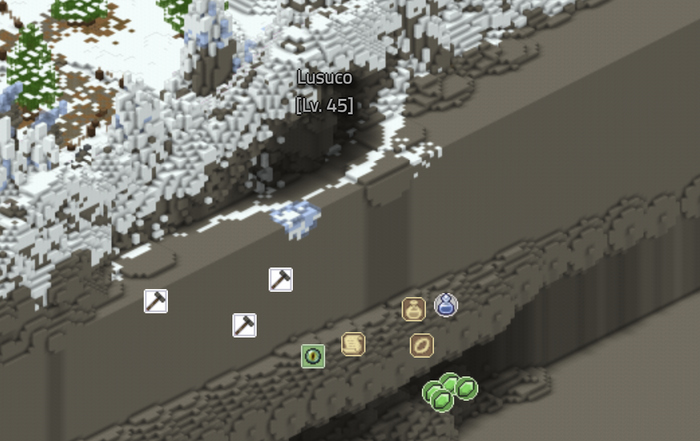