Maex is a small Dwarven town in the Lower Molten Heights that is located to the north-east of its bigger brother city, Rodoroc. The only amenities the town has to offer are a Potion Merchant and Identifier, along with an Accessory Merchant that sells special accessories.

Maex was one of the Dwarven settlements founded in the Molten Heights after the end of the Dogun War, alongside Rodoroc. It was built by the people, and its goods and riches are shared communally. At some point, a mine was established in the town that is likely the largest resource mine in the Molten Heights.

However, it does not seem like the law is enforced heavily in Maex, as a black market has been prospering in a hidden part of the city: a meeting point for illegal traders, most of which are people who seek to survive royal austerity. All kinds of goods from all parts of Gavel are sold here: from Dogun slaves, to organs, and even hallucinogenic plants native to Aldorei.[1]

Many of the town's citizens are also members of the Dogun Resistance, a movement led by Prince Axelus that seeks to stop the spread of anti-Dogun propaganda in the Dwarven settlements, and fights for the Doguns' right to live. The town's houses and shops are a popular meeting spot for the Resistance.[2] 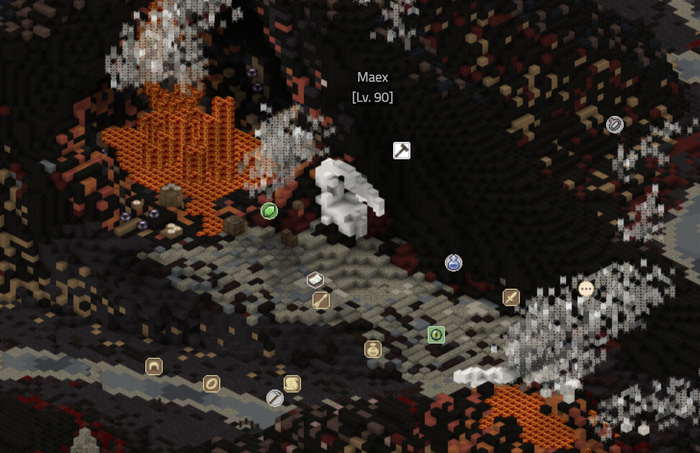