The Mage is one of Wynncraft's five free to play classes and uses a wand as its weapon. With a base armor rating of 80%, the mage is known for its unique attack, powerful spells, and team support. The Mage is a good "all-rounder" class, with potent sustainability and range, but it does however have the lowest base damage, with all four other classes having far more base damage. Despite this, the Mage's Meteor spell boasts the highest spell multiplier in the game. Mage's healing and support capability is great, but the Mage can also take on any challenge on their own thanks to their own tools.

For in-depth information about play-style tips and tricks, refer to the Mage Guide.

The Mage's main attack damages all enemies in a straight line. It hits all enemies instantly, with no travel time, and can pierce an infinite amount of them.

The Mage's first spell, Heal, is a simple spell that heals the player as well as all nearby players. The amount of health healed is based on the user's maximum health and their Water Damage % Identification. At higher levels, it gains upgrades that let it heal for a greater amount and cleanse debuffs from the player.

The Mage's second spell, Teleport, is a mobility spell that instantly teleports the player in the direction they are looking. You can also teleport upward or downward to an extent. Teleport's upgrades make it deal damage to enemies you teleport past and stun them.

Its third and most powerful spell, Meteor, boasts high damage at the cost of a delayed impact. Meteor calls down an explosion to hit a target location after a short delay, dealing damage to anything in the explosion's radius. Its upgrades reduce the amount of time it takes for the meteor to fall and add an additional burning effect to the spell.

Finally, the Mage's fourth spell, Ice Snake, provides some crowd control as it deals damage to and slows all enemies in a straight line. It gains the ability to completely freeze mobs at a higher-level upgrade.

The Mage uses several powerful spells that help the class excel when it comes to being powerful, as well as maintaining decent sustainability even without the support of other players. 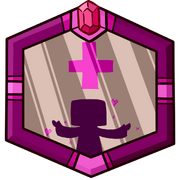 Heal restores a higher amount of health to allies than it does to the player. However, the amount healed is still based on the casting player's maximum health, not the player receiving the heal.

Heal Grade II adds the additional effect of cleansing negative potion effects from players, as well as extinguishing them if they are on fire. The potion effects it can remove are slowness and weakness.

Heal Grade III causes Heal to reactivate two more times after it was initially cast, healing the player and allies for a reduced amount. For the caster, they are healed for 6% of their maximum health twice, while allies are healed for 5% of their maximum health. These secondary heals are also affected by the water damage % ID and cleanse negative effects and fire as well. 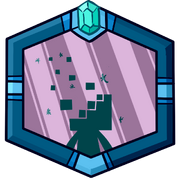 The Mage's second spell, unlocked at level 11, is Teleport. This spell instantly teleports the player up to 20 blocks in the direction they are facing, prioritizing blocks to land on. Like other movement spells, it also cancels fall damage. You cannot cast Teleport while too close to blocks. Teleport also will give the player a small hop at the end of the teleport which can be cancelled with shift.

Teleport Grade II adds the ability to deal damage with Teleport if they teleport through a mob. Interestingly, this upgrade makes Teleport the Mage's secondmost-damaging spell, with a spell multiplier of 100%.

Teleport Grade III adds the unique and powerful blind crowd control effect to Teleport, allowing the Mage to stop a mob in its tracks using the spell. Blind is a similar effect to the stun of the Assassin's Spin Attack, except it forces the mob to lose sight of the player and move in a random direction for a second. Both effects are blocked by mobs with Blindness Crowd Control Immunity. 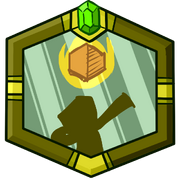 The third spell, unlocked at level 21, is Meteor. Meteor summons a fireball at the target location that explodes once it hits the ground, dealing a high amount of area damage. Meteor will automatically target and lock onto enemies if you aim near them. Otherwise, it will target the location on the ground you are looking at.

Meteor's animation of falling from the sky does not actually collide with blocks or other enemies, so you can use Meteor with no issue inside caves or other enclosed areas.

Meteor Grade III adds an additional burning area for 2 seconds after the impact, dealing periodic damage to enemies on top of it. This area has a wider radius than Meteor itself, allowing for crowd control over a larger area. 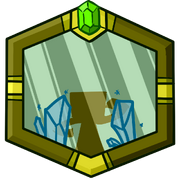 The fourth and final spell for the Mage, unlocked at level 31, is Ice Snake. It casts a moving snake of ice in the direction the player is facing that damages and slows enemies. It has a range of about 30 blocks, and the enemies it damages are slowed by 30% for 3 seconds.

Ice Snake is always locked to a horizontal path, so you cannot cast it upwards or downwards.

Ice Snake Grade III adds the ability to control Ice Snake's direction by facing a different direction after it is cast.