Multiple Mesa Elevators are scattered throughout the Mesa that allow players to quickly travel between the lower canyon and the plateaus above. These lifts are free to use with unlimited access, however a portion of the Canyon Condor quest must be completed before being permitted to use them. There are nine elevators in total, and each one is overseen by a Lift Mechanic.

Below is a map of the Mesa which shows the locations of the Mesa Elevators and their coordinates. 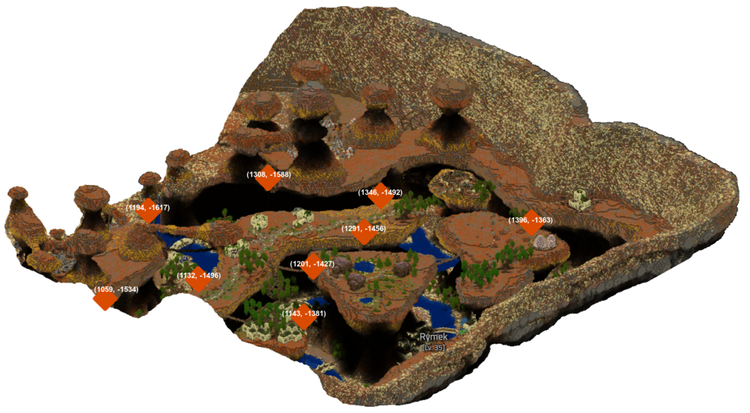 The following is a list of all of the locations of the Lift Mechanic, at the top and bottom of each elevator.