Misadventure on the Sea

Misadventure on the Sea is a long level 28 quest added in the 1.19 update.

Honip talks to the player in a bar and offers to take them on an adventure at sea, on his own private boat. 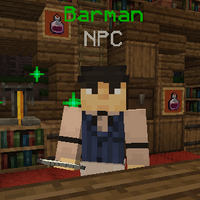 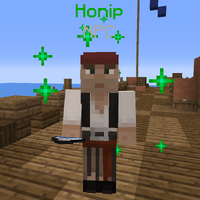 The barman will place both whiskeys on the counter. You can drink yours by right-clicking it.

Go on board Honip's ship.

A cutscene of a small version of Honip's ship on the ocean will play.

If you try to escape during Honip's dialogue:

Honip throws a potion to stop you from moving.

Walk out of the cell.

If you tried to escape earlier:

» Clean the bodies in the boat. Look for clues on how to escape at the same time. -Bodies cleaned: #/7
Tip: Left-click the bodies with the sponge to clean them, but right-click the clues you find. 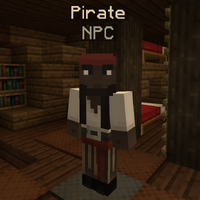 If you tamed Pep: 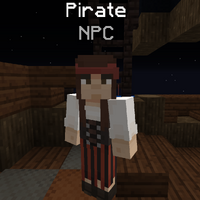 If you did Cluck Cluck before this: 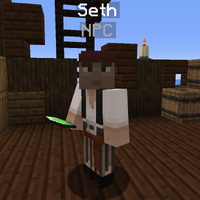 Dialogue:
If you found the cannon notes earlier:

Dialogue:
If you tamed Snoo:

Note: Most of the NPCs will have the same dialogues if you talk to them later in the quest, however, Honip's changes between stages, and Seth will hide and have the following dialogue after Stage 4:

Alternatively, you can avoid talking to anyone and taming any pets and simply clean up all 7 bodies, updating your quest book and triggering the following dialogue:

» Talk to Honip on the deck to get your next task

A small mob named "Osearer" will jump up onto the ship.

Here there are three possibilities. You can cast 5 of any of your spells at the Osearer, just wait, or tame Snoo before getting to this stage. The quest will continue regardless of which one you choose, but Honip will have different dialogues for each one.

Snoo will walk up to the Osearer, fight it, and knock it off the ship.

» Explore the hold and kill the rats

Once you killed them all, two bigger rats appear, called Giant Rat. These are level 30.

» Defeat the Colossal Rat in the hold

Exit the room in the back.

» Use the gunpowder and the fuse to activate the cannon and escape
Note: Talk to Honip before you escape, or else you will not get your emerald rewards.

Honip's dialogue here will change depending on which path you chose in stage three.

If you get caught:

If you don't get caught:

The cannon fires and you fly away through the sky and land on a small island. On the way there, you will fly through a group of seagulls, which will damage you unless you avoid them. 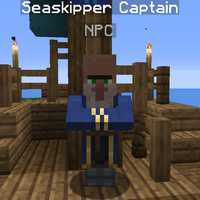 In addition to the ship's standard questline, various items are scattered throughout the ship, including 2 Emerald Blocks that you can get from Honip before escaping if you fought off the Osearer or tamed Snoo.