Mixed Feelings is a long level 87 quest that introduces the player to the anti-tourist movement in Corkus.

The player must help the townsfolk out after a terrible, destructive attack brought on by the anti-tourist rebellion.

» Speak to Javen at the Corkus Docks. 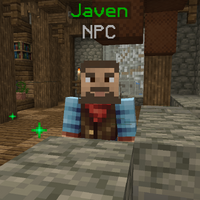 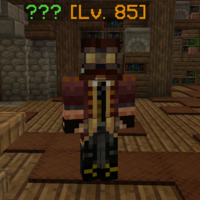 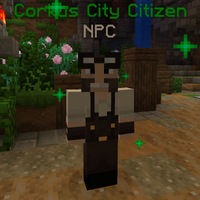 Walk through the tunnel, avoiding the sewer mobs.

> Thank you for choosing CorkTech! Your company for a safe and trustworthy service. Powering up elevator...

» Speak to the other citizens around the docks. 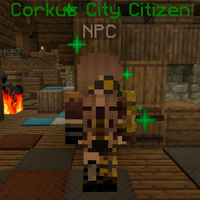 A timer will start once you enter the house. If it finishes before you reach the chest, you will be pushed out of the house, and the following dialogue will play:
You manage to rescue yourself, but it seems like you were too slow this time.

Parkour up the wooden beams and structures in the citizen's house to reach the chest. Once you do, if the timer has not finished, the following dialogue will play:
You manage to reach the chest safely, getting ready to jump through a hole the fire burned.
You will then be pushed back outside the house; return and talk to the citizen.

» Talk to the final victim of your rampage. 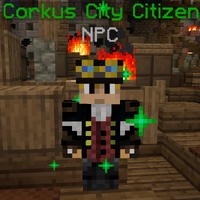 » Follow the trail of blood and board the airship.
The trail starts at (-5868, 22, -2461). Parkour up, following the red carpets, to reach an airship landing platform.
Dialogue:
It seems like the only way to get to the cliff on the other side is this airship, and the fire probably rendered it unusable... or did it?
Enter the airship and press the button near the center to activate it.

» Explore the cliff base.
Dialogue:

Walk to the end of the Corkian Separatist Hideout to open a door and continue the dialogue. 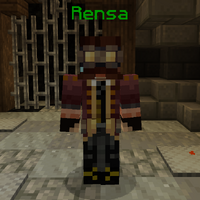 » Fight and evade the waves of mobs until the timer runs out.

After witnessing your crash into the cliff, Corkian citizens informed the government.
Shortly after your victory security forces found the hideout and arrested the remaining separatists.
Their leader was nowhere to be found.