The Pirate's Bay is a cove located east of Nemract and Saint's Row. The bay is divided into an upper and lower bay; a small hut is built on the upper part, although as of the 1.12 Mob Update, no villagers spawn in the area. Several boats and a campsite are also found around the bay. A cave with a shipwreck and a small pirate camp is located in the lower bay. A second, significantly larger shipwreck is located above ground, on top of the west cliff of the bay. Several level 16 Pirates spawn in this wreck, as well as a mini-boss, the level 22 Drunk Captain. Two Loot Chests, Tiers I and II, spawn in the area. Pyranhas spawn in the water of the lower bay, which can make swimming dangerous for lower-level players. 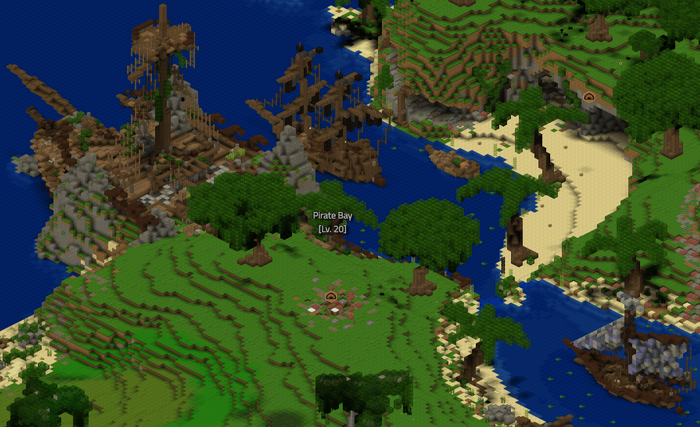 This section is transcluded from Lists of mobs/Pirate Bay § Surface Mobs. (edit)

Seagull
This section is transcluded from Lists of mobs/Pirate Bay § Cave Mobs. (edit)