Pirate's Trove is a medium level 39 quest located at the Llevigar Port. It is the first Gavel quest a player will encounter. It is an introductory puzzle driven quest which informs the player about the new puzzles added during the Gavel update.

Damiral, who resides in the port of Llevigar, has heard of tales telling of a secret treasure located within Llevigar; the treasure was put there by a great pirate captain by the name of Hastor. Damiral tells the player that the treasure is hidden by riddles and puzzles but, since he cannot figure them out, he tasks the player with finding the treasure. 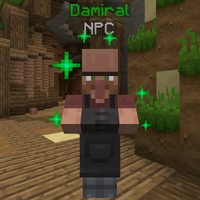 » Clue I: Toward the sunset, among northern flowers shaded by quartz

» Clue II: In a place of identity, above the leaves and between the glass

» Clue III: In an emerald fountain, surrounded by the wealth of the villagers

» Clue IV: Beneath the cowl of an eastern titan, keeping watch over our heads