Potion of Drunkness, or Nemract Whiskey is a type of potion specially designed for quests. It can be consumed to cause Nausea to the player for 2 minutes. 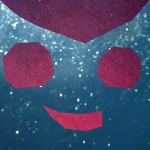