Ragni is the first major town which players encounter, which they enter through the town's castle. Many low level quests can be found in the city for new players to gain XP. Although the town contains basic amenities such as armour, weapons and potions merchants to get new players started, it lacks a Liquid Emerald Merchant- though this is typically not a problem for low level players. The town is situated on a small plains, and is surrounded by a deep ravine difficult to escape. Level 1 Zombies can be found surrounding the walls, providing new players with easy level grinding if they choose to venture out beyond the safety of Ragni's guards.

Ragni was founded more than a thousand years ago, before the outbreak of Corruption. It was one of the biggest cities in the Wynn Province alongside Troms, and a formidable walled fortress. For an unspecified amount of time, a Passage has existed in the Pigmen's Ravine connecting the city with Troms.

However, when the Nether Portal was uncovered and the Corruption War began, Ragni and its defenses soon found themselves under pressure and strain by Bak'al's corrupted armies, who would often conduct merciless raids on the city.[1] As a result, the citizens of Ragni started to hide in the city's sewers, once used as a prison for the town's worst criminals.[2][3]

One day, during one of the largest raids conducted by Bak'al the city had ever witnessed, the people hid in the sewers once again. However, while hiding, an unnamed woman gave birth to a child and died in childbirth. The baby was named Bob, and was soon adopted by a poor woman named Momo.[1]

Then, after another raid, Momo was corrupted and Bob was forced to kill her. Using a map Momo gave him, he set off to search for four masters in order to train himself to become a mighty soldier, which he became: after his training was over, he returned to Ragni to protect the city.[1]

One day, in 886 AP, Bak'al returned to the city to destroy it once and for all, but was stopped by Bob, intent on killing Bak'al for good. Bak'al was outmatched, and forced to retreat from the battle, never to be seen again. Bob was cherished as a hero, and Ragni was finally safe from Bak'al's attacks after hundreds of years.[4][1]

Today, Ragni stands as one of the two main fortresses in Wynn, alongside Troms, and one of the only settlements that has survived the thousand years of the war. However, the city's hero, Bob, mysteriously disappeared 16 years ago. 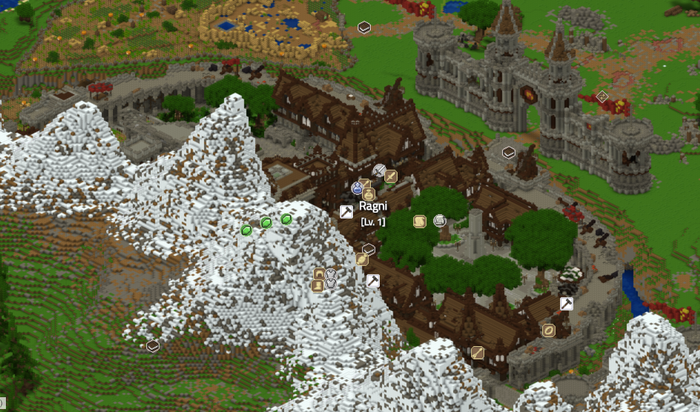 This section is transcluded from Lists of mobs/Ragni Region § Cave Mobs. (edit)