The Raiders' Port, also known as the Skyraider's Base, is a small settlement in the corner of the Sky Islands, inhabited solely by the all-female pirate group known as the Skyraiders, who claim the town as their main base of operations from where they plunder and attack commercial airships all across Gavel. Due to the fact that the settlement has no guards or merchants, it's disputed whether or not it could truly be defined as a town. Currently, the area is only used for the quest Royal Trials and the secret discovery Rulers of the Skies.

Centuries ago, the Skyraiders were the undisputed rulers of the Sky Islands, using their airships and forts such as Ahmsord and the Raiders' Port to exert their rule on the area and profit from the air traffic.[1] However, when a tunnel between the Molten Heights and the Sky Islands was opened by the Dwarves around 573 AP, the traffic in the region got scarcer, which led to the Skyraiders' power waning. Due to their inability to support themselves in their smaller settlements, most of the Skyraiders moved to their main base of operations, Ahmsord, essentially abandoning the Raiders' Port.[2]

Eventually, another group, the Villagers from Central Gavel, moved into the Sky Islands and adapted to the territory: they quickly outnumbered the Skyraiders and conquered most of their settlements including Ahmsord. Thus, the Skyraiders were forced to return to the Raiders' Port, safely located in the corner of the Sky Islands and the only place where the Villagers couldn't get them.[2] The Skyraiders live in the port to this day, frequently launching raids against airships from the Letvus Airbase and amassing great riches.[3] 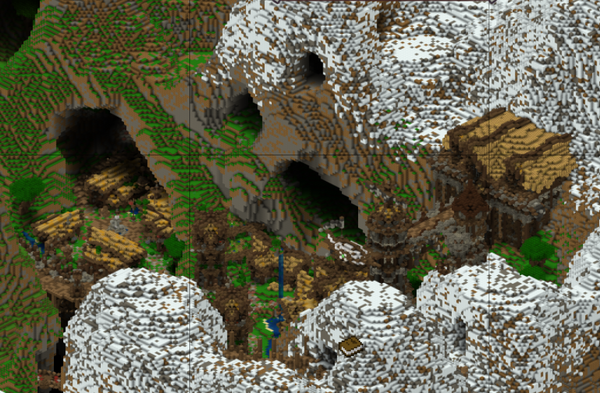 By climbing up the tall tower in the settlement using vines and reaching the small, docked airship, you can remove its anchors, making it crash into the nearby mountain and creating a hole in it, which you can enter to obtain the Rulers of the Skies secret discovery.