Realm of Light I - The Worm Holes

Realm of Light I - The Worm Holes is a medium level 54 quest, which revolves around the worm holes appearing all over the Olux Swamp. It is also the first part of The Realm of Light questline.

Malo sends the player to find an elf girl named Lari so they can find out what is causing strange holes to appear across the Olux Swamp, and stop any more from forming. 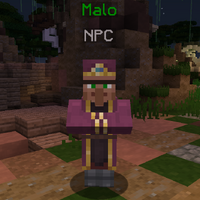 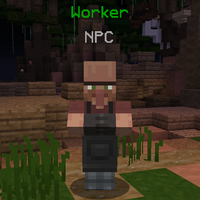 Talk to Malo to continue the dialogue.

Jump into the pit.

Continue walking through the tunnel, and avoid the mobs again.


The wall will break open and a Grootslang will appear, then retreat down the tunnel.

A wall will appear and a group of spiders will spawn. Kill the spiders to progress.

Simply continue walking to open a hole in the floor and fall to the next area.

The Grootslang will then trap you and use an eating attack.

The Grootslang will then eat Lari as well.

Lari will create a ball of light, turning the inside of the Grootslang white and causing you and Lari to fly out of its mouth.

Lari will teleport herself and the player close to the surface.

1. There is a glitch where Malo sometimes dissappears after the bridge is destroyed (Stage 1). If this happens, do /lobby and join another server. It should work fine the next time.

2. Although you can get the skin prior to the quest being unlocked, you still need to walk through the tunnels and talk to him again to be able to progress further in the quest.