The player and Lari enter The Realm of Light, after the events of Realm of Light IV - Finding the Light, and look around to find any dark influences in the Realm for them to destroy.

» Walk towards the portal with Lari.

» Jump into the portal after Lari.
You will be shown a cinematic view of The Realm of Light before falling to the entrance near Lari.

Kill the creature to progress. 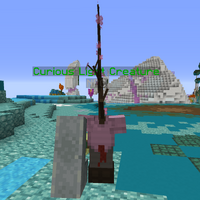 » Enter the monolith.
You will be transported to a strange area containing only the monolith. Walk under it to enter.

» Find a way to fill the monolith with light.

Go to the coordinates given in the quest book to find Lari and continue the dialogue.

» Defeat the darkened creatures and progress to the monolith.

As with the first monolith, you must walk under it to be transported inside, and then you must wait in another strange doorway room.

» Return to the bridge at [-801, 91, -6309].
A short cutscene of the two fixed monoliths sending their light energy over to the bridge, where Lari is, will play. Then, you must travel to the bridge yourself. 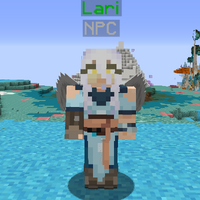 Lari will cast a spell to create the bridge to the Nexus.

Cross the bridge and meet Lari on the other side. 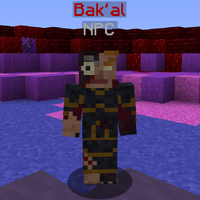 A dark portal will appear in front of you.

Bak'al will block you from following him and Lari with a magic barrier, but it will break soon after they leave.

» Continue up the road towards Orphion's Nexus of Light.
You will be stopped by more barriers three times on the road, and you will have to kill creatures of darkness to break each barrier.

Note that the wicked magus deals enough damage to drain your hp quick, so avoid his attacks.

Once you have passed the third barrier, continue to the end of the road. A cutscene of Lari fighting Bak'al will play.

Lari will trap Bak'al and summon a powerful sword of light to attack him with. Bak'al will summon a portal and attempt to leave.

After the quest has finished, going towards the raid keeper for Orphion's Nexus of Light will trigger the following dialogue: