The Ruined Olmic City, also known as the Fallen City, is a massive abandoned city in the Silent Expanse. It was populated by race known as The Olm before the Dark Beast laid siege to the city forcing the Olm to its domain.

The Ruined Olmic City, whose real name is unknown to this day, was once the capital city of an ancient civilization and species known as the Olm, who lived across Wynn[1] and the Silent Expanse. At some point, the Olm built the runic Tol Altar in the city's cathedral[2] and several observatories to track the fall of the Meteors, which had been bombarding the mountains of the Silent Expanse for quite a long time.[3]

Then, the Portal to Dern opened at the end of the Silent Expanse, behind the Eldritch Outlook, and from within it came the forces of Dern, the Realm of Darkness. The forces were led by the Dern Beast, who is the Beast of Darkness. The Beast sent fireballs towards the city and eventually conquered it, forcing the Olm to its domain.[3]

Since then, the city has been completely barren and untouched. Some dark monsters from the Expanse, such as the Irtitacks, have claimed the city's ruins as their own habitat. 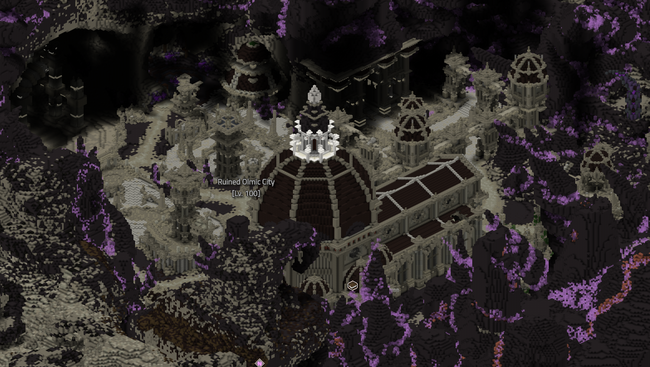 This section is transcluded from Lists of mobs/Ruined Olmic City § Surface Mobs. (edit)

This section is transcluded from Lists of mobs/Ruined Olmic City § Rare Mobs. (edit)