Rymek is a large town introduced in the 1.12 update. It is surrounded by the mesa biome and currently has only one Quest NPC named Svin, who can be found on the eastern side of town to give players the Canyon Condor quest. The town is ran by the bandit group Creden Tibus, who use Gold Ingots for trading instead of Emeralds, which means that you will have to pay to all merchants in gold. Rymek also houses a variety of different mobs and mob types. Rymek is very unique in its design having apartment-like houses, stores, and buildings instead of individual homes.

Rymek sits at the bottom of the Mesa's canyon, where in the past only the Eagle Tribe and the Owl Tribe lived: their ancestry dating back to the times of the Desert Empire many millennia ago.[1]

The town was founded by the bandit group known as the Creden Tibus two generations ago. The group was formed by bandits from all over Wynn who were kicked out of their towns and moved to the Desert and Mesa to escape the Corruption.[2]

The Creden Tibus is not just a mere bandit group: they proclaim themselves as the "protectors of the sand", having hidden the ancient Desert Emperor's Sceptre away to make sure it never fell into the wrong hands.[3][4] 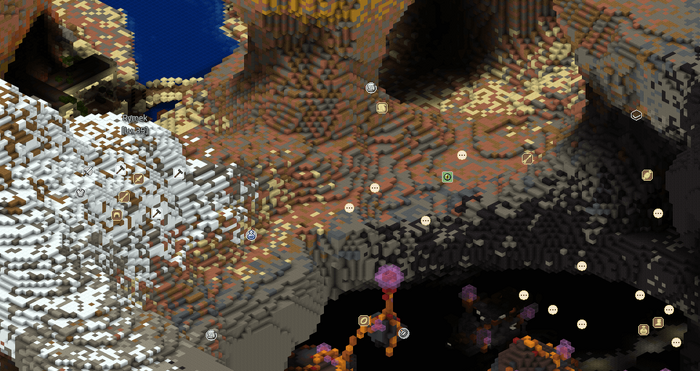