Shattered Minds is a long level 70 quest set in the Light Forest, starting in Efilim.

Likeru asks the player to bring her a Bluecap Mushroom so she can test something on them, but while holding the mushroom, the player experiences strange hallucinations. 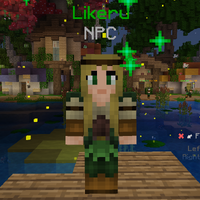 » Bring Likeru the mushrooms from the cave at [-1165, 44, -5054].
Go into the cave and follow it to the end, avoiding the mobs that spawn. You will have to do some simple parkour part of the way through.

You find and take the mushroom Likeru asked for.
[+1 Bluecap Mushroom]
You begin to feel an odd sensation...
...Now that you... have the mushrooms... you should return to... Likeru...

» Figure out how to get out of the cave, and return to Likeru.
Go back through the tunnel and through a large doorway in the center of a stone wall, while avoiding the mobs. 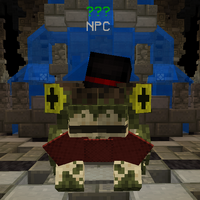 Continue through the strange area, and go through any of the three doors at the end.


You will arrive in another strange area, simply go up the stairs and through the door at the end while avoiding the mobs there.

You will then arrive in another area, in which you have to walk up some stairs, avoiding mobs, and then do jump boost parkour to the next area. 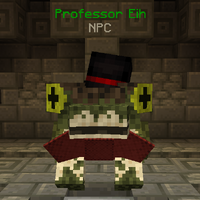 If the jump boost runs out, simply return to and click on Professor Eih to get more. At the end of the parkour, you will reach a floating platform, which you must jump down to reach the next area.

In the next area, you simply have to climb up the stairs with a few simple parkour jumps and jump pads, while avoiding the mobs.

Part of the way up the stairs, this dialogue will play, and you will be knocked back. Simply go back up the path again to keep going.
Sorry! The stairs broke! Try again.
There we go.

In the next room, you must get to the other side by using a series of strange teleporters.

A series of particle effects and explosions will play, bringing you down to 1 HP but not killing you.

Do not attempt to kill Yahya, simply avoid him and exit the room. 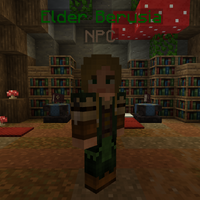