Temple of the Legends

In order to gain access to the Temple of the Legends, the player must complete several dangerous tasks to prove their worth to Kelight, the temple's gatemaster.

A list of all of the items needed for the quest are: 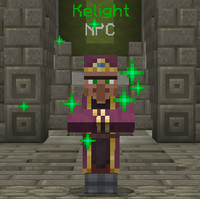 » Talk to Jorkin close to the Nether portal about lightdust 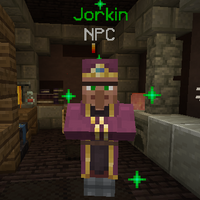 » Find the lightdust cavern located near the Nether Portal

» Retrieve [1 Light Dust] for Jorkin to look at

» Visit Rayshyroth on Mage Island to purify the dust 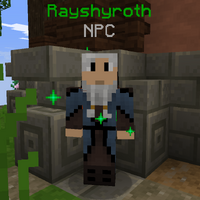 » Find the cave on Mage Island where the Sky Flux gathers 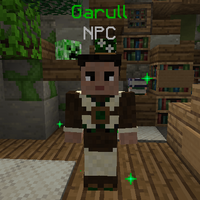 Once you enter the main cave, passing the second pair of Legend Guards, the following dialogue will play:

Continue through the cave. As you do, you will be able to see the Corrupter of Worlds flash by a few times; one of these times is while you are stopped at a barrier, and some Corrupted Soldiers will spawn behind you. Continue either way around the pillar, until you reach a gray leaf wall. Once you do, go through it and jump down, which will trigger the next dialogue:

Jumping down will also trigger another short appearance of the Corrupter of Worlds, and cause a large horde of Corrupted Soldiers, Warriors, Assassins, Mages, Archers, and normal Corrupteds to spawn in the room. You do not have to kill these to progress, although it can be difficult to get past them without doing so. Either way, the tunnel out of the room leads straight to the boss fight - once you stand on the soul sand at the end, the Corrupter of Worlds will walk up and break the soul sand, knocking you into the boss room.