Thanos is a city located in Gavel in its Canyon of the Lost region. It is a Dwarven underground city that was recently attacked by a dragon called Ozoth, putting fire everywhere. It is a great checkpoint to start your exploration of the early Canyon of the Lost and to do the quest The Qira Hive. Thanos, like Rymek, is a place with merchants that let you buy items you would normally use for quests.

Thanos is the only Dwarven city outside of the Molten Heights and one of their earliest settlements in Gavel, predating the beginning of the Dogun War and the subsequent creation of Rodoroc.[1] Although Thanos and Rodoroc are today connected by a trade tunnel,[2] they do not share the same King, with the King of Thanos being King Burtan.

The city also has a highly developed and rich bazaar, where Dwarves meet to trade all sorts of goods, many of them having historical importance. They usually resort to bartering them and do not accept currency.[3]

Recently, the city has been threatened by Ozoth, the last living Dragon in Gavel,[4] after she began nesting atop her spire. Thus, King Burtan tried to force Ozoth into hibernation by force-feeding her an enchanted flower native to Aldorei, and sent out a man named Tharroli to complete the job. However, he was eaten alive by the dragon, but was not killed.[5] 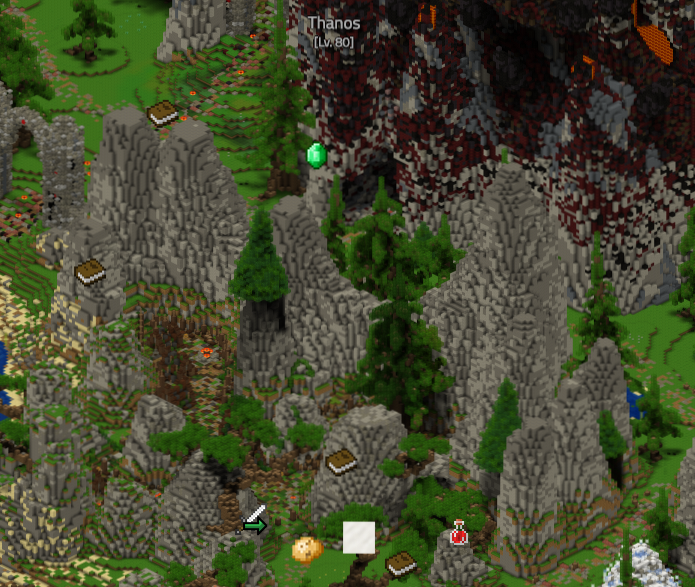