The Forgery was created an unknown amount of time ago, although it is stated to have been "ages ago".[1] The structure's creation was the accidental result of an experiment involving the Runes: the runes were moulded together,[2] which caused a cataclysmic reaction that created a fracture in spacetime and led to the creation of the Forgery. The fracture created long ago is where the Forgery draws its power from.[1] It is said that the powerful reaction created by the runes also led to the collapse of a civilization, however, whether this is true or not, is not known.[2][3]

After the catastrophe, powerful creatures called the Rune Guardians began appearing across Gavel to protect the runes.[4] Some such creatures are the Nii Guardians, guardians of the Nii Rune who have spread out across the east of the province,[5] and the Uth Guardians, who guard the Uth Rune and can be found in Corkus and Aldorei.[6] Slaying these ancient guardians is necessary to access the Forgery's Corrupted Dungeons.

The Forgery Chest is the way you can gain a variety of rewards in the Forgery. When you run different Corrupted Dungeons, the rewards in the chest increase. You can open it anytime you want in the Forgery, though exiting the area or dying resets the chest. In order to get better rewards, you must run different dungeons. If you only run one dungeon multiple times, the chest's dungeon count stays at 1. Rewards from the chest include Experience Points, Emeralds, Runes, Tokens (items such as Witherhead's Rib or Theorick's Ice Shard) and Mythic Items. In order for a dungeon to count towards the chest count, you must finish it, and kill a certain number of mobs inside. This number is unique to each dungeon.

There are also three Legendary gear rewards you can get, being Ensa's Faith, Remikas' Authority, and Tisaun's Valor. 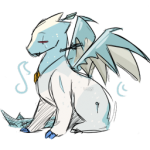