Thesead is a large mining town located in Gavel. Unlike some other Gavel towns such as Olux and Gelibord, Thesead is quite well-off with resources, as it is a mining city and is surrounded by numerous trees and farms. It is the largest city of three in the Canyon of the Lost and an important respawn point for the region. Thesead is located in a valley enclosed with few entrances; no hostile mobs spawn around it.

Unlike other cities in Gavel, Thesead has enjoyed peace throughout the years due to its distance from the Decay, and even though there's an even bigger danger relatively close to the city, it has been able to survive relatively easily. The main resource that powers the town is coal, which it has plenty of thanks to the coal mines just outside the city walls. However, recently, due to a Fleris entering the mine and releasing toxic gas throughout the cave systems, it was forced to shut down.[1]

Similarly to other Villager-run cities in the province, Thesead is led by a mayor. However, the mayor of Thesead has been having a secret love affair with the mayor of a nearby town, Eltom. This is especially scandalous due to the fact that Eltom is a Human city: Humans are not allowed to create towns in Gavel. The only people who know about this affair are the mayors of the two cities, and their child, Ardulf. Eltom's existence itself is a secret, something that Ardulf wishes to exploit to report the city to the Gavel Government and get rich out of it.[2] 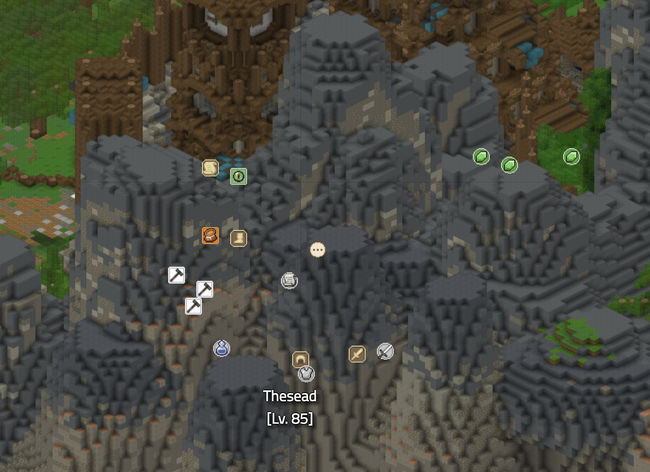