This dungeon has a corrupted variant; see Corrupted Undergrowth Ruins.

"Though Troms is known as the strongest city in Wynn, the experiments undertaken to produce living weapons was a catastrophe for the citadel. The living sludge now condemned to the undergrowth, is slowly growing to consume all."

The Undergrowth Ruins, subtitled, "Caught in a sticky situation..", is a level 54 Dungeon located east of Troms in the southeast of the lake. The boss of the dungeon is Slykaar, a sacrificial shaman who previously held the title as the guardian of Troms, now looking to siege the city and throw it under the corruptions reign.

To gain access to the Dungeon the player has to complete the level 52 Dungeon Quest Corrupted Betrayal, which is started by talking to the Troms Mage trying to break the barrier blocking the entrance. 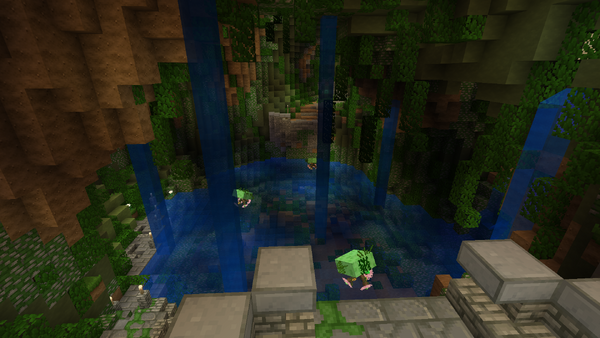 The first phase is a parkour challenge. To get across, you will have to use the jump pads, which launch you in the direction they are facing when you land on them. Make sure to not hold spacebar or shift while landing on the jump pads, as you will lose a lot of height. 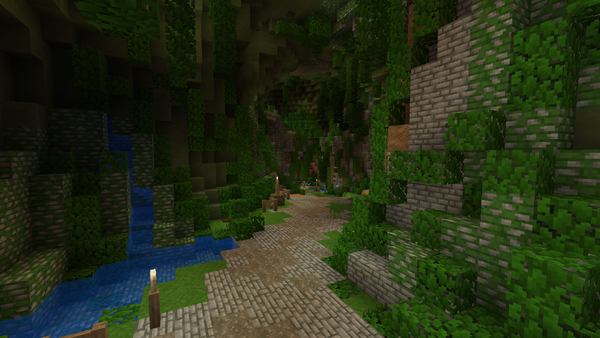 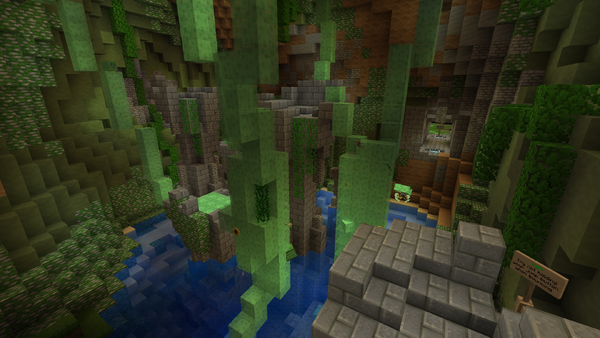 The next room is another parkour challenge. It uses jump pads once again, but it also uses vines, normal slime blocks, and vertical bounce pads. 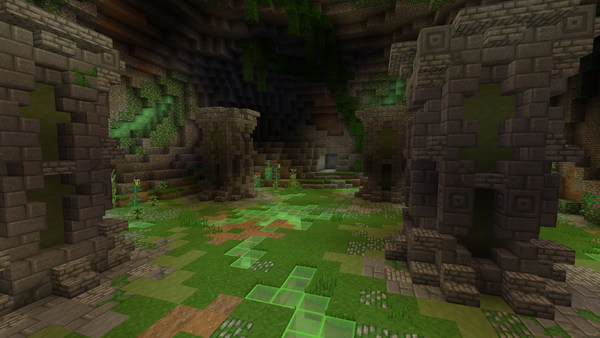 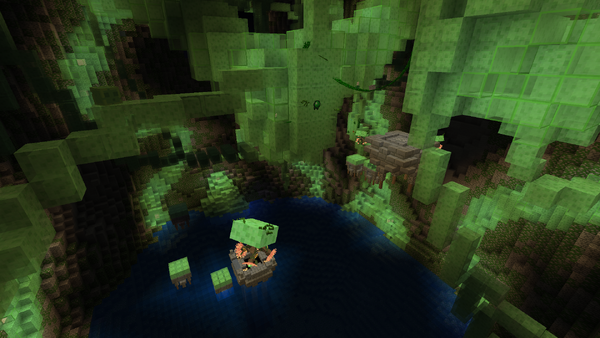 The next room is another parkour challenge, much longer than the other two, containing many jump pads, vertical bounce pads, and slime blocks. Just like in the first phase, to use the jump pads, don't hold spacebar or shift. 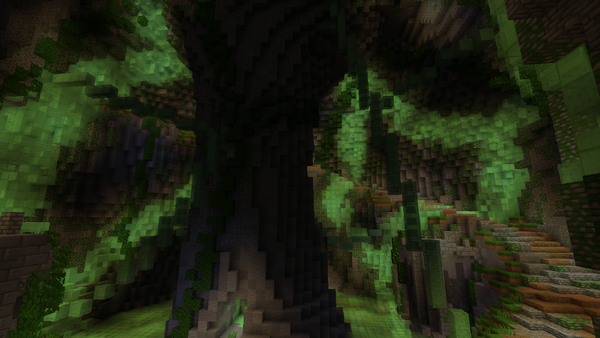 In the next room, you have to collect 24 tokens by killing the slimes that spawn in the room. The slimes divide into 2 smaller slimes, that each divide again to 2 smaller slimes. When you kill them, only the smallest slimes drop tokens. The door is at the top of the path going upwards, but you can reach it more quickly by doing a short slime parkour up the central pillar, which also contains Undergrowth Ruins Token mobs that you can collect tokens from. 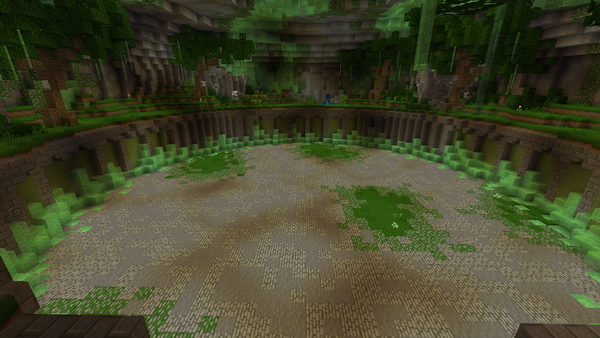 The boss fight of this dungeon has multiple phases, the boss is Slykaar. There are 3 different big slimes in the arena, all called Bevonatu Slykaar. When you kill one, it turns into a smaller slime, and killing it again turns it into an even smaller slime. One of the three Bevonatu Slykaars is Slykaar himself, while the other two are actually a Vointi Slime, which is an invulnerable slime that deals no damage, but has Heal, and a group of Takertuva Slimes, which can swarm the player. The Bevonatu Slykaar that is the real Slykaar is the one with more HP than the other two.

In his normal form, Slykaar has multiple abilities. The first one he uses gives you blindness, while he teleports to another place in the room. He also has a basic teleport spell and a spell which knocks you back.

The Dungeon Merchant in front of the Undergrowth Ruins sells: