This dungeon has a corrupted variant; see Corrupted Underworld Crypt.

"The battle of Nemract was a historical landmark in the war against corruption, but ultimately a loss. The dead of the brave and the bold now fester in the underworld, willing others to make the journey to the other side."

The Underworld Crypt, subtitled "Between Life And Death...", is a Dungeon designed for players of level 27. It is located deep underground, the end believed to be the entrance to the underworld, and inhabited by the undead legions of soldiers who died defending Ancient Nemract in the early days of the war. Charon, a powerful undead warlord from the underworld, appears to have made the area his fortress, ruling the Forsaken Legion and posing a serious threat to Nemract and the world at large.

The entrance to the Underworld Crypt is located in a cavern underneath the giant tree in the center of Ancient Nemract, guarded by many Ancient Nemract Residents.

Preparing for the Dungeon[]

The Underworld Crypt dungeon is recommended for players of level 27-36, and is located at the center of Ancient Nemract. To access the dungeon the player has to complete the level 24 Dungeon Quest The Dark Descent. A Potion Merchant is also located just outside the entrance, and will sell level 20, 25 and 30 Healing Potions to players in need of them.

The entrance to the dungeon is guarded by a Key Collector, who will not allow you to enter unless he is given a Underworld Crypt Key. To acquire a key, you have to kill a Underworld Crypt Key Guardian, a miniboss that spawns uncommonly throughout Ancient Nemract and the surrounding area. It is very straightforward to kill, though it can charge at you many times in quick succession. 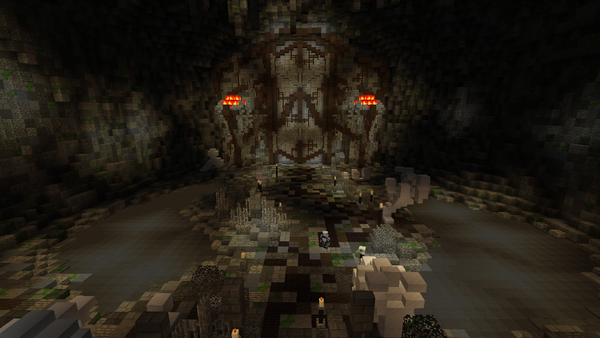 After giving a key to the Key Collector, enter the dungeon and you will arrive in a dark cave filled with ruins and large bones, with a massive closed door directly opposite. Before you is General Graken, a general in Nemract's army who is inside the dungeon to fight the boss of the dungeon, Charon. Talk to him and he will give you a brief overview of the crypt. 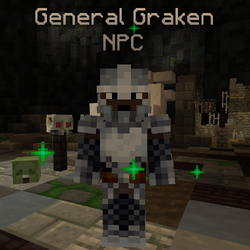 After General Graken has finished, walk forward to open the gates to the underworld and enter the dungeon. 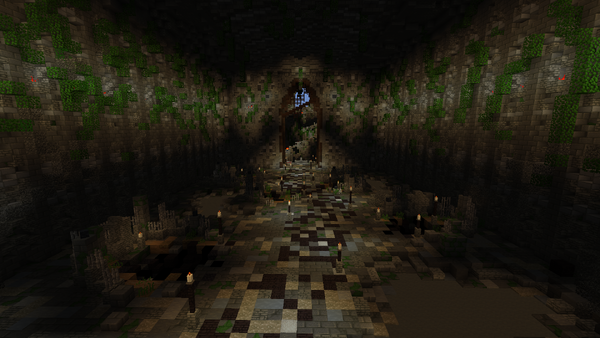 After passing through the gates to the underworld, you will find yourself in a large underground chamber filled with ruins and small pools of gray sludge. A few moments after entering, several explosions will go off throughout the room, throwing blocks into the air and releasing a horde of Forsaken Legion Peasants and Dahbasis. These mobs can be overwhelming in their large numbers, but are all weak to water damage. It is not necessary to fight any of the enemies; simply run past and avoid them to reach the next room of the dungeon. 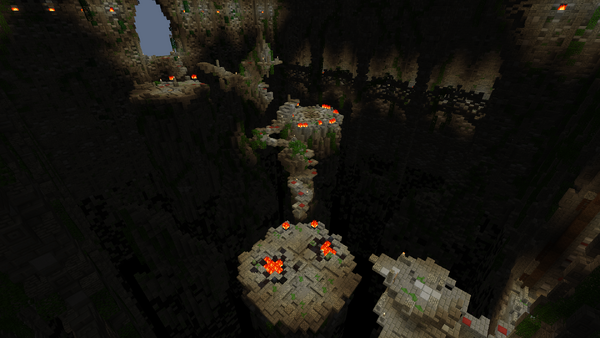 The next stage takes place in a massive, shadowy chamber, and consists of both parkour and combat. Begin crossing the room, performing some easy parkour between stone platforms. If you fall off the path, you will be teleported to the start of the parkour and have to complete it again. After jumping your way to the top of the first pillar, however, you will have to drop onto a circular arena-like platform, where you will be faced with a dangerous miniboss.

The first miniboss in this room is the Forsaken Legion Butcher. It attacks at close range, occasionally using a Multihit spell to deal massive damage, but will also sometimes attempt to push you off of the platform. Make sure to be wary of the fire throughout the arena! The Butcher has a total of 500000 health, making it impossible to kill at level, and you are also unable to leave the arena while fighting it. However, you don't actually need to kill it; a countdown begins when you start the fight, and after ten seconds the boss disappears and a bridge appears, allowing you to continue. Keep moving upwards on the parkour; from now on, if you fall, you will be teleported to the last miniboss arena that you cleared. You will quickly arrive at the second arena, where you will face a similar fight.

If your character is an assassin class, you can use the "Vanish" spell every few seconds to stay invisible. This will cause these mini-bosses to ignore you.

The second miniboss is the Forsaken Legion Castellan. It has 300000 health and attacks with a sword, rapidly charging at you to deal damage. Fight or avoid the Castellan for 15 seconds and it will disappear, and the bridge to the next section of the parkour will open. Keep going until you reach the last arena.

The final miniboss in this chamber is the Forsaken Legion High Priest, who fights at a distance by rapidly shooting small fireballs towards you. It can also use a Flamethrower spell to deal large damage and trap you in webs for a short time. After you fight the High Priest for 20 seconds, it will disappear and the final bridge leading to the next room will appear. 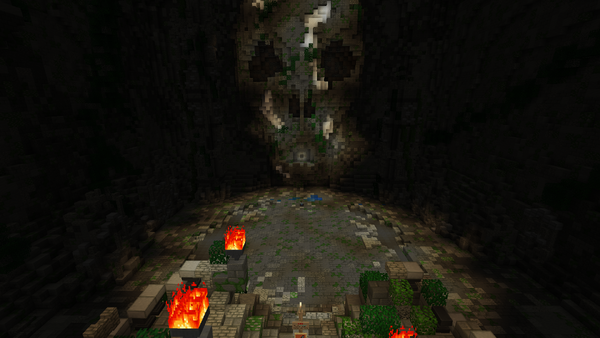 After completing the parkour, descend the stairs to reach the combat area of the third stage. This is a wide open space filled with several Dahbasis and Pikemen, along with another miniboss, the Forsaken Legion Marzban. It has a melee attack, and can use a variety of spells, including Charge and Pull. After defeating the miniboss it will drop an Underworld Crypt token, which can be used at the token collector at the far end of the room to open a passage through the large skull on the wall to the next phase. 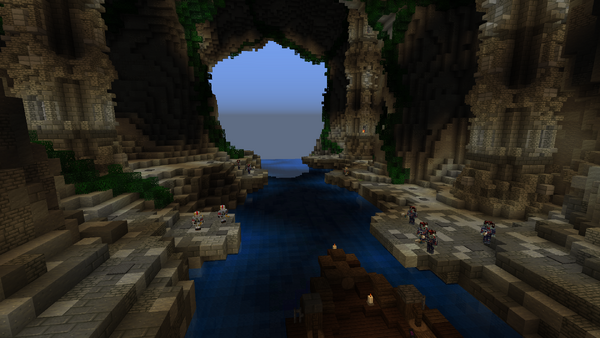 Upon passing through the skull's mouth, you will arrive on the gray banks of an underground river, with a small wooden boat floating in front of you. The goal of this stage is simply to survive the boat ride. After pressing the button on the boat, it will begin moving down the river towards a dark cave mouth at the end. On the banks of the river along the way are several outcroppings; these house several Forsaken Legion Pikemen and Centurions. As you pass by the outcrops, the Pikemen will board the boat and attempt to kill you, and the Centurions will attack from a distance with their bows. Fight off the undead whenever they board the boat, and either kill the archers or avoid their arrows. Like most other minions in the dungeon, these mobs are weak to Water. 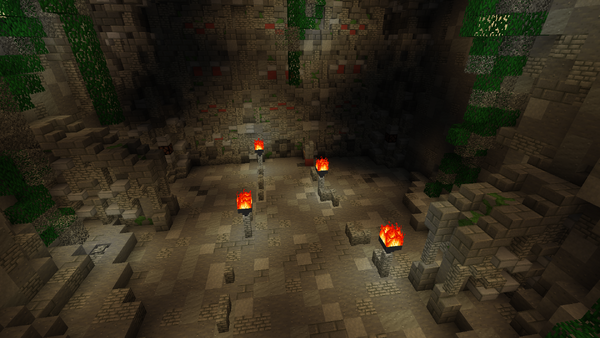 After successfully crossing the river, you will find yourself in a cavern with a moderately-sized room with a fortress-like wall at the end. General Graken is waiting for the player there, and congratulates them for surviving the previous parts of the dungeon before explaining that the player themselves will be able to control the Wynnic army in the final fight against Charon. 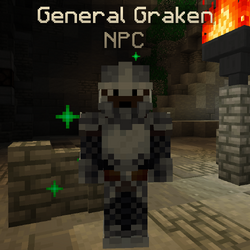 This is the last chance to prepare before the boss battle. Once you're ready, press the button and pass through the dark tunnel to enter Charon's throne room. 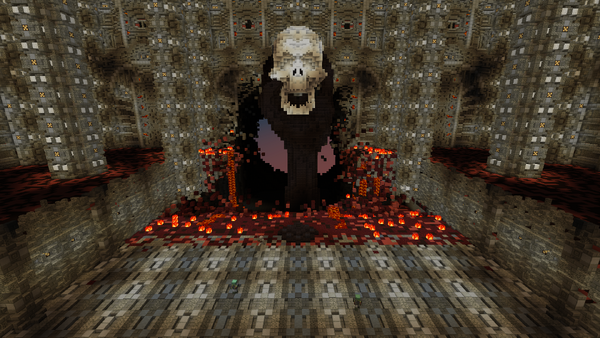 The boss arena of the dungeon is a massive, open chamber; at the opposite end is a giant hand holding a skull, and on the platform stands Charon. However, you cannot directly fight Charon at any point in the battle. Instead, you are placed in control of Graken's Army, and, by stepping on the pressure plates in the front of the room, you can summon different troops in order to let them take on Charon themselves. Graken won't let you get too close to the boss, so you will need to rely on the soldiers to damage Charon. Charon's minions will also fight the soldiers to defend Charon, so you must send them off to fight Charon while staying back to fight off his Drudges, Warriors and Warlords. There are five different types you can summon: Scouts, Defenders, Warriors, Slayers, and General Graken himself. Each unit has different statistics and capabilities, and there is a cooldown between summoning units.

Scouts are fast, and deal Air damage; Defenders have high health and deal Fire damage; Warriors are slow, but deal heavy Earth damage; Slayers deal Thunder damage, and are effective at crowd-control; and General Graken has the longest cooldown of 14 seconds, but is powerful in every area. Each soldier can be summoned as many times as you want.

Since Graken is the strongest unit, a good strategy is to simply summon him several times. As long as you can keep him from fighting and dying to the minions long enough to reach the boss, he can deplete Charon's health rapidly. Two Grakens that reached Charon is usually enough to defeat him.

Once Charon has been defeated, the player will be teleported to the entrance of the dungeon and will then receive their rewards.

The Dungeon Merchant in front of the Underworld Crypt sells: