The Volcanic Isles are located northwest of Selchar. The island is made up of 3 large volcanoes, one of which has no crater. Level 55 Magma Rocks spawn in close proximity of the volcanoes' craters. The island is not a very popular location for grinding experience, due to the positions that the Magma Rocks spawn at. Two loot chests are located on the island. There is a camp near X: -1070 Z: -3740, where WynnExcavation Site C is located. 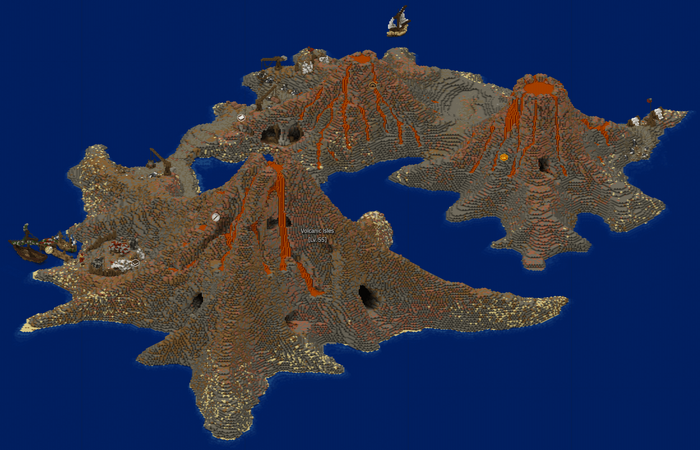