The Warrior is one of the five playable Classes in Wynncraft and uses a spear as its weapon. With a base armour rating of 120%, The Warrior is known for its outstanding defensive capabilities, with the best defense out of all the 5 classes while packing considerable amounts of damage. It has multiple crowd control abilities, and depending on what Skill Points are invested where, the Warrior can play as a tank, brute, or spellcaster.

For more in-depth information and play-style tips and tricks please refer to the Warrior Guide.

The Warrior's main attack deals damage in a small area in front of them. The Warrior's attack also deals a fair amount of knockback inversely scaling with the spear's attack speed.

The Warrior's first spell, Bash, is a simple ability that deals heavy damage to all enemies in a moderate area in front of the player and knocks them back slightly. At higher levels, the ability hits twice and can even increase the Warrior's damage for a small amount of time.

The Warrior's movement spell, Charge, is a mobility tool that launches the player forwards, dealing damage to any mob they hit along the way. Charge can be upgraded to also increase the player's resistance while charging and change directions while moving.

The Warrior's third spell is Uppercut, which fires a small shockwave that travels a small distance before launching nearby mobs up into the air, dealing heavy damage. You can also hold shift when casting the spell in order to be launched up with the enemies, keeping you in range to continue damaging the enemies.

Finally, the Warrior's fourth spell is War Scream, a spell that knocks away all nearby mobs and grants damage resistance to you and nearby players. Further upgrades include adding a long-ranged, multi-hitting projectile to War Scream and granting a damage boost to allies.

Warrior has the highest base resistance out of all classes as its main form of damage prevention, as it does not have the range or elusiveness of other classes.

The Warrior's main attack is relatively simple, hitting all enemies within a small area in front of the player. Like other classes' main attacks, it can hit multiple mobs at a time. The Warrior's attack also deals a fair amount of knockback inversely scaling with the spear's attack speed. Slower weapons will send mobs further back, while faster weapons won't move the mob as much.

Like all other classes, the Warrior has access to Major IDs, Rally and Taunt, that change the way some of its spells work. 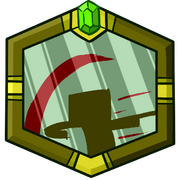 The Warrior's first spell, unlocked immediately at level 1, is Bash. This attack damages enemies in front of the player, hitting all of them and knocking them back a fair distance. The area it covers is relatively wide and can reach enemies above and below the player too.

Bash's Grade II upgrade slightly reduces its damage but causes a second hit to occur after the first, doubling the damage and knockback it can deal. The second hit happens further away than the first, so enemies who are knocked back by the first hit will be knocked into the second.

At level 36, Bash Grade III allows the player to temporarily boost their own damage by a large amount when they hit two or more mobs with the second hit of Bash. Hitting more mobs will increase the duration of the buff, starting at 2 seconds and increasing up to 4 seconds. This damage boost does not override the strength boost from War Scream Grade III. 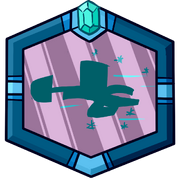 The second spell of the Warrior, unlocked at level 11, is Charge. Upgrades for the Charge spell are unlocked by reaching levels 26 and 46. Using this, the Warrior is able to move quickly in one direction and damage enemies in the process. It can knockback enemies and is useful when you need to escape from a crowd of mobs, or useful when entering combat by granting temporary resistance at higher levels. Like other classes' movement spells, casting Charge will cancel fall damage.

Charge deals damage and knocks back mobs that are hit by it. Its trajectory can be adjusted by the angle the player looks when casting it, but the small amount of height it gives cannot be changed. Charge has no set duration, so the player will always be propelled forward as long as they are in the air.

The final upgrade for Charge makes it so you can turn and steer yourself while charging. This does not work vertically, so it can only be used to change directions. 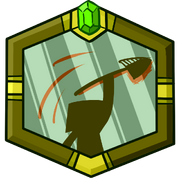 The third spell, unlocked at level 21, is Uppercut. Upgrades for the Uppercut spell are unlocked by reaching levels 36 and 56. This move sends enemies rocketing into the air and hits them multiple times. At higher levels, this spell will make the enemy take damage while in the air and send them crashing back down into the ground. By holding sneak while Uppercut is cast, the Warrior can also leap into the air alongside its enemies to continue dealing damage.

Uppercut sends a short shockwave in front of the player. This shockwave has low horizontal range, but can affect mobs above and below the player too.

Uppercut Grade II adds an additional instance of damage to Uppercut that occurs while the mob is in the air. Even if the mob does not get launched into the air, due to Crowd Control Immunity or being blocked by blocks, it will still take damage.

Uppercut Grade III adds another chunk of damage to Uppercut that occurs when the mob reaches the ground again. Like the previous upgrade, the mob will take extra damage even if it was not actually sent into the air. 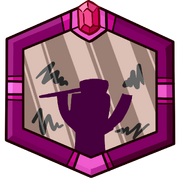 The fourth and final spell for the Warrior, unlocked at level 31, is War Scream. Upgrades for the War Scream spell are unlocked by reaching levels 46 and 66. This spell makes the Warrior emit a terrorizing roar that pushes all nearby enemies back and bestows resistance and strength upon themselves and allies around them.

War Scream has a radius of roughly 10 blocks and pushes mobs that are hit by it away from the player.

War Scream Grade II increases the resistance buff to 15%, lengthens the duration to 3 minutes, and adds a projectile to the spell. The projectile travels at a medium pace, is not affected by gravity, and has a long range. Enemies that are near the projectile are launched backwards and take damage. The projectile deals damage every tick, 20 times a second.

The War Scream Grade III upgrade increases the resistance buff to 20% and adds a 10% damage boost to the effect. It also makes the buff last 4 minutes.