Watchmen is a Secret Discovery involving the four watchtowers scattered throughout Nivla Woods and the surrounding area. Unlike most Discoveries, unlocking Watchmen requires visiting these four distinct locations; the top of each tower holds an "echo" that provides a small amount of history about Nivla Woods and the spread of the Corruption across Wynn Province. Upon hearing the final echo, you will receive the reward of 90 experience points. This may be claimed at any level.

Although the watchtowers provide a definite timeline with regards to their respective echoes, they do not need to been visited in any specific order. Notably, after listening to each echo, you will be teleported to the entrance of its tower at the ground level; as most of the towers are surrounded by low-level mobs like Forest Spiders, unprepared players may be caught off-guard by this and attacked. 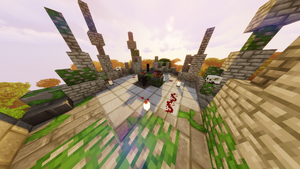 The first watchtower is located at the eastern edge of Nivla Woods, in the lightly-forested area before the bridge to Detlas Suburbs. Its echo, like the others, is preceded by the phrase "The voice of the past echoes on the wind..." The text of the echo is as follows: 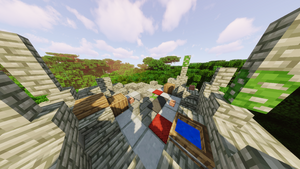 The second tower is located in the centre of the woods, just south (and within sight) of the main road. Its echo says: 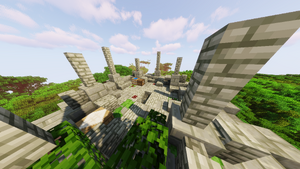 The third tower is located in a small clearing in the north-western corner of the woods. Its echo says: 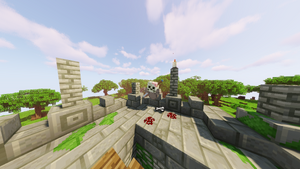 The fourth tower is located beyond the western edge of the woods, just off the Emerald Trail, in the midst of some other ruins that serve as a common low-level grind spot. It is the smallest of the four. Although this tower is chronologically the last, its location makes it likely to be the first of the Watchmen towers discovered by new players. Its echo, completing the story, says: