Zhight Island is a small island in the Southeast portion of Ocean, owned by a man named Zhight who uses seeds as his currency. The island itself has no level recommendation, as it has no hostile mobs on its surface, though anyone under the level of 55 might find a lack of things to do there, other than rest while on a journey to another larger island. There is only one quest on the island, which is Zhight Island, but a mini-game called Zhight Treasure Tour is also present. You can join by paying 5 Zhight Money and by doing so, will be allowed to enter a cave for five minutes, you need to gather as many Zhight Gold as you can by killing mobs. After the five minutes ended you will be teleported outside, and you will get your prizes from the Treasure Prize Merchant. 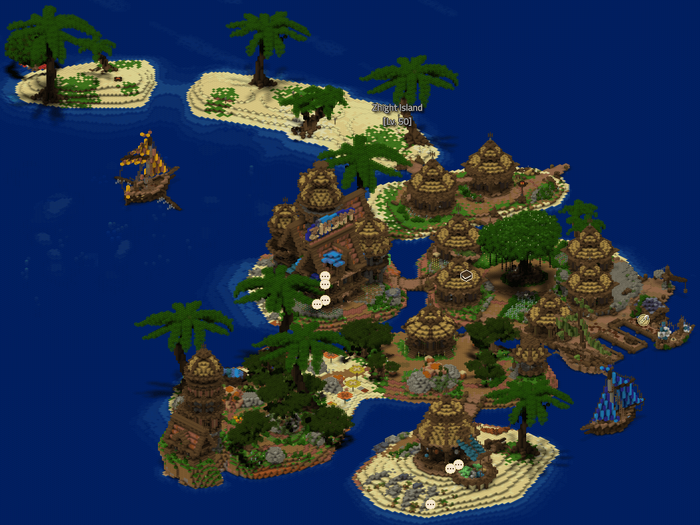